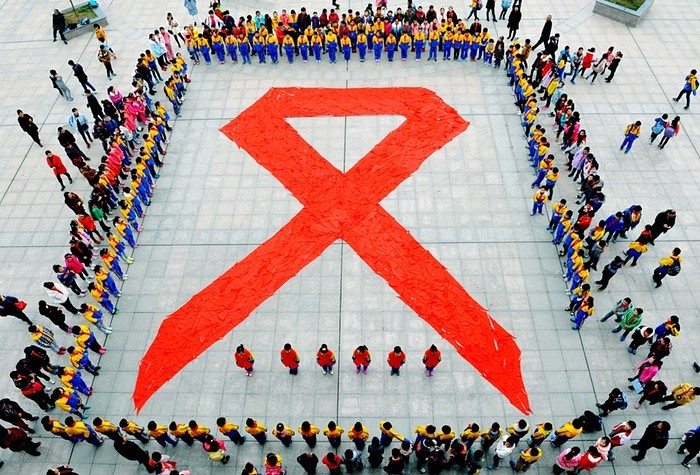 From New Delhi to New York, the planet has marked World AIDS day.

New York marked the occasion by lighting up the Empire State Building in red, thousands gathered in New Delhi for a candlelight memorial, while hundreds of school children gathered around a huge red ribbon made from scarves in Dexing City in China’s Jiangxi province.

The first World AIDS Day was held on 1 December 1988, conceived by the Global Programme on AIDS initiative to highlight the disease and its effects on the world.

It was also held to remove the stigma from the disease and halt false rumours about how AIDS was contracted. The day is also used to call for more action from governments, the medical science community, and the private sector to develop and distribute affordable treatments.