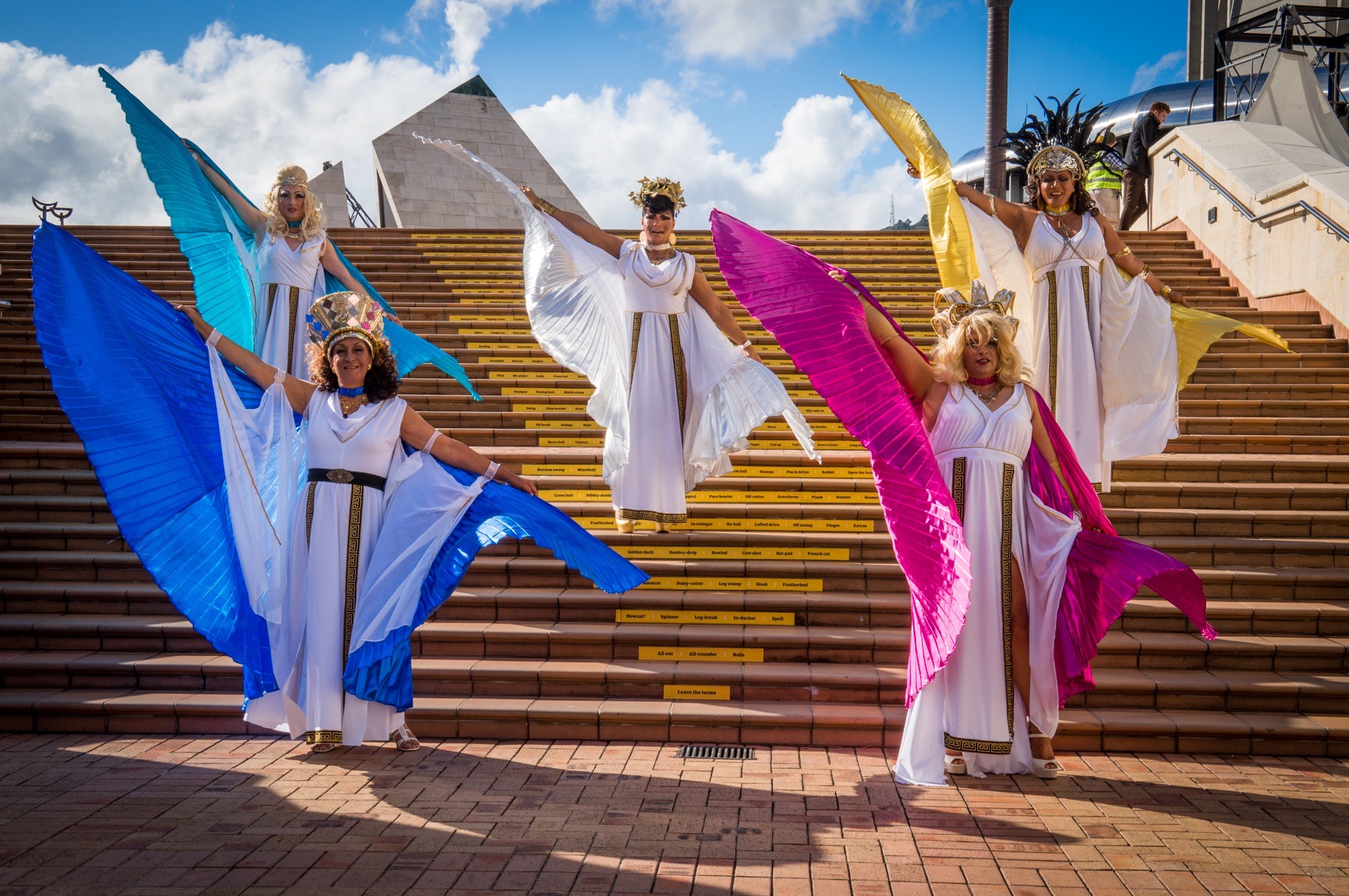 Boasting over thirty diverse events including the popular Pride Parade and Out in the Park, Wellington Pride has evolved into a week long festival to recognise and celebrate all corners of the diverse queer capital landscape.

“Wellington Pride Festival | Tū whakahīhī e Te Whanganui-ā-Tara is truly a festival for the community by the community,” comments festival co-chair Adrienne Girling in an interview with express “Most of the events in the Festival are organised by queer groups, organisations or individuals and we have more than 30 events, which shows the level of excitement there is!”

Adrienne comments that the queer events in Wellington “don’t have much visibility or get coverage in the mainstream media.” The Wellington Pride Festival is therefore a unique opportunity to gather the rainbow community and celebrate with a bang!

And what better way to bring GLBT into the eyes of the mainstream than a parliamental launch. “Wellington, being the seat of government, will be launching the Festival in Parliament to commemorate the 30th anniversary of the Homosexual Law Reform” Adrienne says, going on to comment that the Festival will not only pay heed to the past but also focus on diversity and inclusion.

“The events that our committee are running – Opening Ceremony at Parliament, Wellington Pride Parade and Out in the Park – will all honour and showcase the diversity of the community; with speakers, performers, stallholders, and parade attendees representing our diverse cultural, gender and sexual identities.”

First time co-chair Karen Harris also spoke to express about the upcoming celebrations. “We have worked hard to try and make the whole Festival week,  Fair and Parade a community grown inclusive event. We welcome hearing everyone’s views.”  With so much contention surrounding Auckland’s Pride Parade, the Wellington Pride committee are confident in their Parade’s popularity. “We are aware and understand the discussions surrounding who participates in parades and we aim to hold an event that is open to all, fully inclusive and celebrates the progress we have made over the last 30 years as well as looking towards the work still to be done.

The Beehive will play host to the opening ceremony of the inaugural Wellington Pride Festival | Tū whakahīhī e Te Whanganui-ā-Tara, celebrating 30 years since the Homosexual Law Reform was passed, on Sat 5 March.

The Rainbow NZ Parliamentary Network chaired by MPs Jan Logie (Green), Louisa Wall (Labour) and Paul Foster-Bell (National) will be co-hosting the event which will operate not onlyas an opening to the Wellington Pride Festival, but also as a day of remembrance, celebration, and reminder of the work still to be done.

“As a proud member of the Parliamentary Rainbow Network it is a pleasure to partner Wellington Pride Festival in this inaugural festival and to begin this event honoring the legacy of Fran Wilde as the Community champion,” says Louisa Wall.

Many notable GLBTI+ members of the community will be present at this important event, with many of which set to address the crowd.