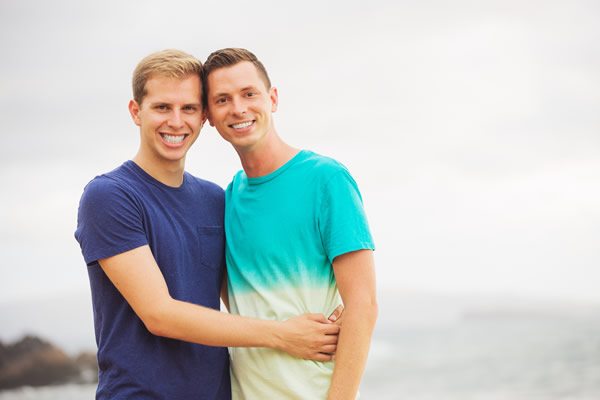 I have a friend who is mostly, but not quite straight. Tom,* until recently, had a long-term girlfriend, yet describes his sexuality as “fluid.” He goes so far as to articulate his romantic preferences as “70:30”: 70 percent straight and 30 percent gay.

To the millennial generation, where deviations from heterosexuality are widely accepted, a neatly packaged numerical classification seems appropriately new age. Instead of locking ourselves in or out of the closet, there’s a preference to shimmy along the sliding sexuality scale. Just recently James Franco came out as “a little gay,” declaring himself a “gay cock tease” and “gay up to the point of intercourse,” perhaps indicating that he too sees himself at the 70:30 mark.

Tom’s down-for-whatever mentality, something that is often recognised as attractive in girls, is often applauded. But I know for a fact that it’s a more fraught situation than that.

Tom’s 70:30 split came to fruition after he broke up with his girlfriend and shared a drunken hook-up with a gay male friend. Although the two only kissed, Tom sent our gay friend an accusatory text saying he felt taken advantage of. He was, in reality, far from “down for whatever” and experienced real dissonance when his theoretical sexuality was put into practice.

Theoretical or not, quantified sexuality is far from a new concept. The Kinsey scale was in fact a key idea in sexuality studies in the 1940s, describing sexuality as exclusively homosexual on one end, and totally heterosexual on the other.

While the Kinsey scale represents an appealing sexuality-for-dummies approach, Auckland psychologist John Fenaughty says it can be incredibly binary. Fenaughty says attraction is far messier than ratios can explain, and percentages often ignore the nuances between attraction, sexual attraction, and how people identify themselves. The concept of a scale ignores the circumstantial and Fenaughty believes someone’s sexuality can move and shift across their lifespan.

“It’s not to say that people will or should “grow out” of a same-sex attraction, but that there is an increasing recognition that things can change depending on context.”

Fenaughty suggests that in Tom’s case, his reaction to engaging in same-sex activity may be coupled with what he believes is a stigma more attached to male homosexual behavior than female.

This, he says, can be associated with various factors. New Zealand’s legal system once criminalised same-sex activity between men, not women. Fenaughty also says female same-sex activity is more readily accepted as a prelude to sex with or entertainment for a man, because of the patriarchal notion that sex without a penis, is not really sex anyway.

LGBTIQ support charity Rainbow Youth steers away from numerical sexual evaluations, using the umbrella term queer to avoid feeding stereotypes. National manager Toni Duder explains that throughout the late 20th century the community banding of LGBT meant that definitions were important to push visibility. Duder says the struggle to identify as 50:50, or bisexual, is often underrated and that no gender is necessarily better off.

“Men are told that they’re just gay if they come out as bisexual. Women aren’t taken seriously—told they’re confused—or have their identity sexualised for the benefit of the male gaze.”

Duder says although young people seem to have a more complex understanding of how attraction works, he believes there may be a weighted emphasis on physical and emotional attraction, while mental or spiritual allure may go ignored. He does admit, however, that “ratio stuff” is helping to celebrate the fluidity of sexuality.

“I think scales or ratios work for some and not others. Although I think labelling sexuality has a place in our society a lot of young people get more comfort in finding room to explore their identity without too many constraints.”

Agreeing with Tom, Gay Express editor Amy Jane Bedwell agrees that cis males definitely have more difficulty acting sexually on their Kinsey scale identity, particularly in hyper masculine environments like New Zealand. She says even though the Kinsey scale is dated and reductive, she often hears of it spoken among the millennial generation as the best there is for those who believe they fall outside of the LGB parameters.

“We must remember to respect the way in which other people identify themselves and behave. There is no universal way of defining sexuality.”

Article by Beatrice Hazlehurst of Vice.com