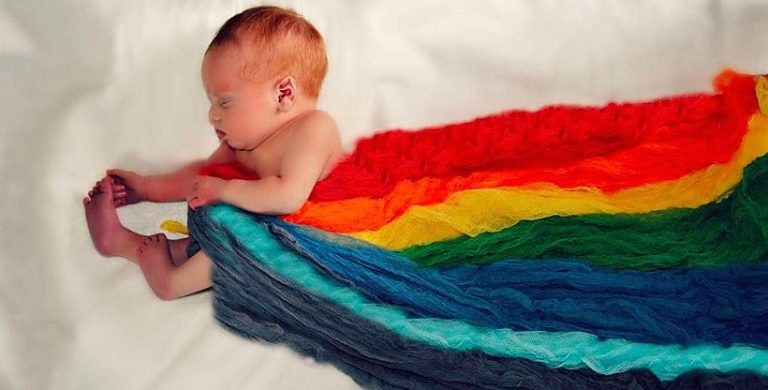 It is becoming more commonplace for people to add children with the ever-growing number of same-sex and trans- couples.

The advent of adding children to a non-heteronormative family has come very far: with legal same-sex marriages, gay couples can now adopt as a couple instead of an individual; this also flows onto same-sex couples being able to both be parents of children conceived through surrogacy.

Adoption in New Zealand can take quite a while, and international adoption is a very risky procedure. In addition to this, adopted children also (obviously) do not contain any genetic material from either parent. Because of these and other factors, surrogacy is an alternative that is gaining traction.

In short, surrogacy is when a third-party woman gets pregnant with an embryo and then gives the child over to the parents after she gives birth. There are two types of surrogacy: traditional surrogacy and gestational surrogacy.

This is when the surrogate’s own egg is used. This is by far the cheaper option, as couples can inject the sperm themselves – contrary to movies, no one uses turkey basters anymore; a plastic syringe does the trick these days. This does mean that the child is biologically the surrogate’s, and that several tries are usually needed before pregnancy.

As it involves the surrogate having to be fertilised, only one baby can be created at a time, and as you’ll read in the story later, it can take quite a long time. In fact, because of ovulation cycles, the couple and surrogate’s lives do turn into four-week blocks of trying and waiting.

The more ‘modern’ surrogacy, where an egg is fertilised in vitro (meaning outside of the physical body, and where we get the term In Vitro Fertilisation, IVF, from), before being injected into the surrogate for it to grow into a baby. IVF is rather expensive, which is a barrier to most couples, which means that more than one egg is fertilised at a time to increase chances of success. This in turn does cause multiple babies sometimes: twins and triplets are likely.

The benefit of gestational surrogacy is that the origins of both the egg and sperm can be selected – helpful if lesbian couples want to pass on their DNA. In addition to this, the surrogate has no biological claim, which can mean they feel more detached from the child themselves.

Surrogacy is an alternative that is gaining traction.

Under the Status of Children Amendment Act 2004, a child produced from an act of surrogacy in New Zealand is legally the surrogate’s child from birth. This means that the surrogate must ‘put up’ the child for adoption for the couple to adopt. Obviously, this posits the risk of the surrogate changing her mind and not giving up the child – unfortunately, the couples cannot rely on the law to help them out here.

The reason behind this is the Human Assisted Reproductive Technology Act 2004, which states that no “valuable consideration” can be exchanged between parties. How much money “valuable consideration” represents is unclear, but the Act does continue with examples of expenses that are acceptable for the couple to cover, such as the process of fertilisation (whether that be through at-home ovulation kits and plastic syringes, or IVF) and any legal counsel regarding a surrogacy agreement.

This obviously does provide a few hurdles for women who want to be surrogates as they cannot be compensated by the couple for taking time off work whilst pregnant, nor even buying maternity clothes. Of course, this does not mean couples have not paid “under the table”, but by their nature, they won’t be disclosing that information publicly.

You can have the surrogate sign a contract to ensure they give the baby over, but this is not enforceable by law.

Another issue under the Human Assisted Reproductive Technology Act 2004 is that embryos (fertilised eggs) once made, cannot be imported or exported out of New Zealand – so if you want to try international surrogacy, or have decided to switch to a domestic surrogacy, you will have to undergo the expensive IVF process once again.

Stuart and Andrew never really thought of themselves being parents, but after being full-time carers for a year for some extended family, they realised that they wanted their own children.

As we all know, having children was not a possibility for quite some time for same-sex couples, so after returning the children to their mother, they realised they wanted their own and had a look at the adoption avenue. Unfortunately, both domestic and international adoption’s prospects are bleak, and the ‘home for life’ option through CYF (Child, Youth and Family) didn’t fare much better.

What followed was an exploration of the forums on nz-surrogacy.com, after they discovered one of Stuart’s colleagues had children through surrogacy.

Stuart and Andrew decided on traditional surrogacy: they liked it as it stayed closest to the old-fashioned way of making a baby, and also that it was relatively low cost. As they found their surrogate online, she lived in a different city, so their costs consisted of travelling to and from her and ovulation kits.

As this was done as close to the ‘natural’ way possible, this did mean that they took over ten cycles (they lost count when it hit double digits), and that their lives revolved around their surrogate’s four-week ovulation cycle.

Stuart and Andrew are now watching their daughter grow up day by day – she’s teething!

Luckily, they had complete trust in their surrogate, so there were no issues in terms of having the baby handed over. As pointed out previously, the baby is technically not theirs until the adoption papers are finalised, so they will have to wait until next year before they are proud fathers of a baby girl, under the eyes of the law.

Stuart and Andrew found a surrogate who has become a close friend, so she will be called the “special Aunt” who helped bring their baby into the world.

There is also the issue of which parent to use for the egg or sperm: some couples decide which one should be the biological parent (whether it’s for health or other reasons, some take ‘turns’ too), and some decide to leave it up to chance by mixing both partners’ genetic material before the fertilisation process. In Stuart and Andrew’s case, it was simple: Andrew told Stuart that he was doing it, and that was that.

Stuart and Andrew are now watching their daughter grow up day by day – she’s teething! – and had an amazing experience with surrogacy. Of course, you hear horror stories all over the Internet, but it does show you that any couple of any form can have that family with the white picket fence too!

For those interesting in finding out more about surrogacy for New Zealanders, Families Through Surrogacy will be holding Auckland’s first surrogacy seminar on the evening of Friday 2 December.