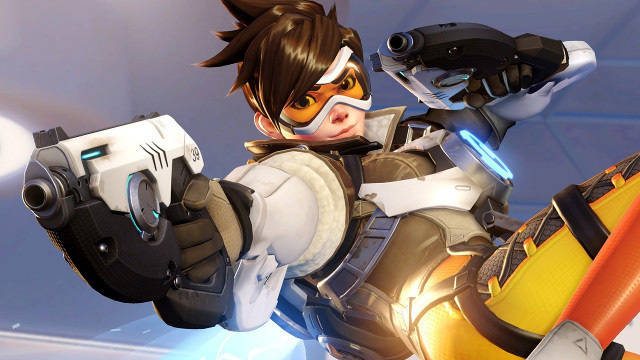 For some time, ‘Overwatch’ creators Blizzard Entertainment has been hinting that several of its characters are LGBT+, and in a holiday cartoon, it has been revealed that main character Tracer is in a committed relationship with tertiary character Emily.

In the comic, Tracer is seen giving Emily a scarf for as a Christmas present, to which Emily loves so much she gives Tracer a gift. It’s not exactly a huge coming out moment per se, but as it is treated more as a statement of fact rather than a pivotal narrative point makes it mean all that much more.

Blizzard told gaming blog Kotaku that “having variety in our characters and their identities and backgrounds helps create a richer and deeper overall fictional universe. From the beginning, we’ve wanted the universe of Overwatch to feel welcoming and inclusive, and to reflect the diversity of our players around the world. As with any aspect of our characters’ backgrounds, their sexuality is just one part of what makes our heroes who they are. From the very beginning of our work on Tracer’s story, it just felt right to make this an aspect of her character.”

Tracer appears on the box covers of the game, basically serving as its mascot.

Talking to IGN, Blizzard said that “Tracer is a lesbian on the LGBT+ spectrum”, somewhat silencing the talk on forums that Tracer could be bi- or pansexual.

For those who have asked specifically, Tracer identifies as a lesbian.

In a world that is traditionally dominated by heterosexual cismales, and one which notably under-represents ciswomen, this is a move that is sending shockwaves. ‘Overwatch’ has been one of the most sucessful games of 2016, and its potential to reveal even more LGBT+ characters (especially main characters) is quite exciting.