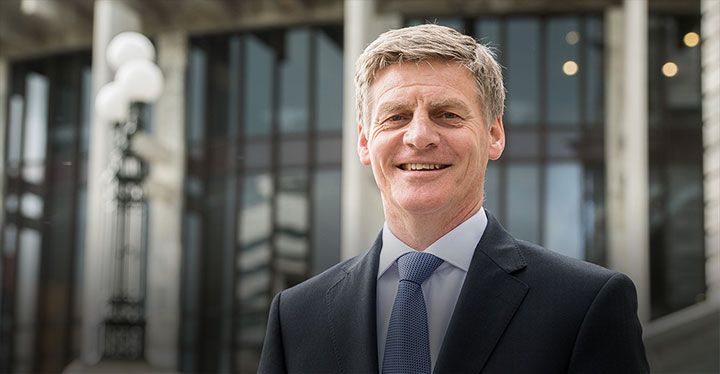 In a somewhat-unprecedented move, Bill English has come out, as it were, in a press conference to say that he is in support of same-sex marriage now. Telling reporters, he said “I’d probably vote differently now on the gay marriage issue, I don’t think that gay marriage is a threat to anyone else’s marriage”.

This is interesting as he was in the minority of MPs who voted against the Bill in all of its three readings. Back then, he cited his Catholic religion as the reason behind it – and also uses his religion as the basis for his anti-abortion and anti-euthanasia stances.

He continued to say that he is “an active Catholic and proud of it”, and that it is still “an important influence”.

So how come the sudden change of heart?

yeah, he had the opportunity, he didn’t do it. Actions. Words. https://t.co/KS8zmIWtaa

He has not changed his views on abortion and euthanasia though, so it will be interesting to see which stance he takes on anti-discrimination laws, as well as laws regarding gender identity. On the other hand, he does not intend for the status of his new office as being a soapbox for him to try to block such laws, and that he respects the processes of governance in New Zealand.