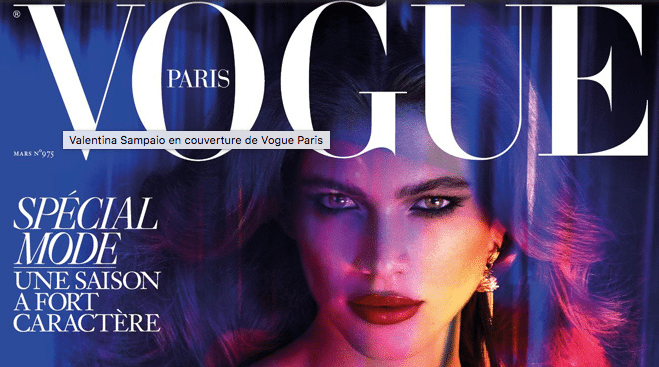 After being introduced to Valentina Sampaio’s work by her assistant, French Vogue‘s editor in chief, Emmanuelle Alt, was hooked.

Alt always intended for the March 2017 issue to feature a trans model on Vogue‘s cover, and the honours have gone to a model who, as Alt describes in her editorial, “[has] beauty striking enough to stun on the cover of Vogue. She is the absolute equal of Gisele [Bündchen], Daria [Werbowy], Edie [Campbell] or Anna [Ewers].”

She continues to say that this “femme fatale” is trans, and although this detail should not matter, Sampaio stands for this cause. “Trans people, the ultimate symbols of a rejection of conformity, are icons that Vogue supports and chooses to celebrate.”