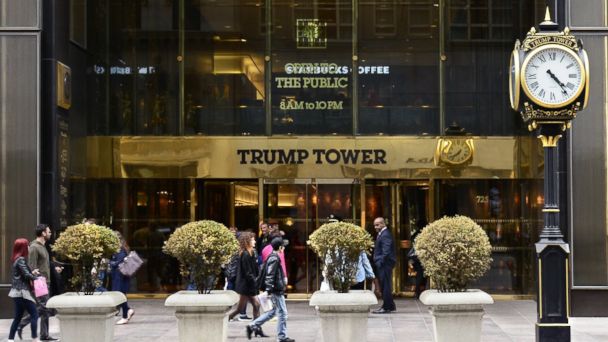 Despite the freezing sub-zero temperatures in New York City at the moment, some 40-ish people showed up in front of Trump Tower on Fifth Avenue as part of the ‘Lgbtq+ [sic] Make Out At Trump Tower’ event.

Demonstrators met up at 1 pm at the intersection of 61st Street and Central Park West, then marched to Trump Tower to kiss.

Photos from the lgbtq+ Make Out At Trump Tower https://t.co/aimofDYolr

Mike is here in astonishing #AltFactKelly costume. He says he was fired 2 yrs ago for HIV positive status, opposes ACA repeal #MakeOutOn5th pic.twitter.com/Dqm1ZsGbRc

Although the number of people who showed up was far fewer than the some 1,800 people who RSVP’d attending, Vincent DeSeno, one of the organisers, said told amNewYork that “because of the weather, a lot of people who were coming from out of state […] could not make it”.