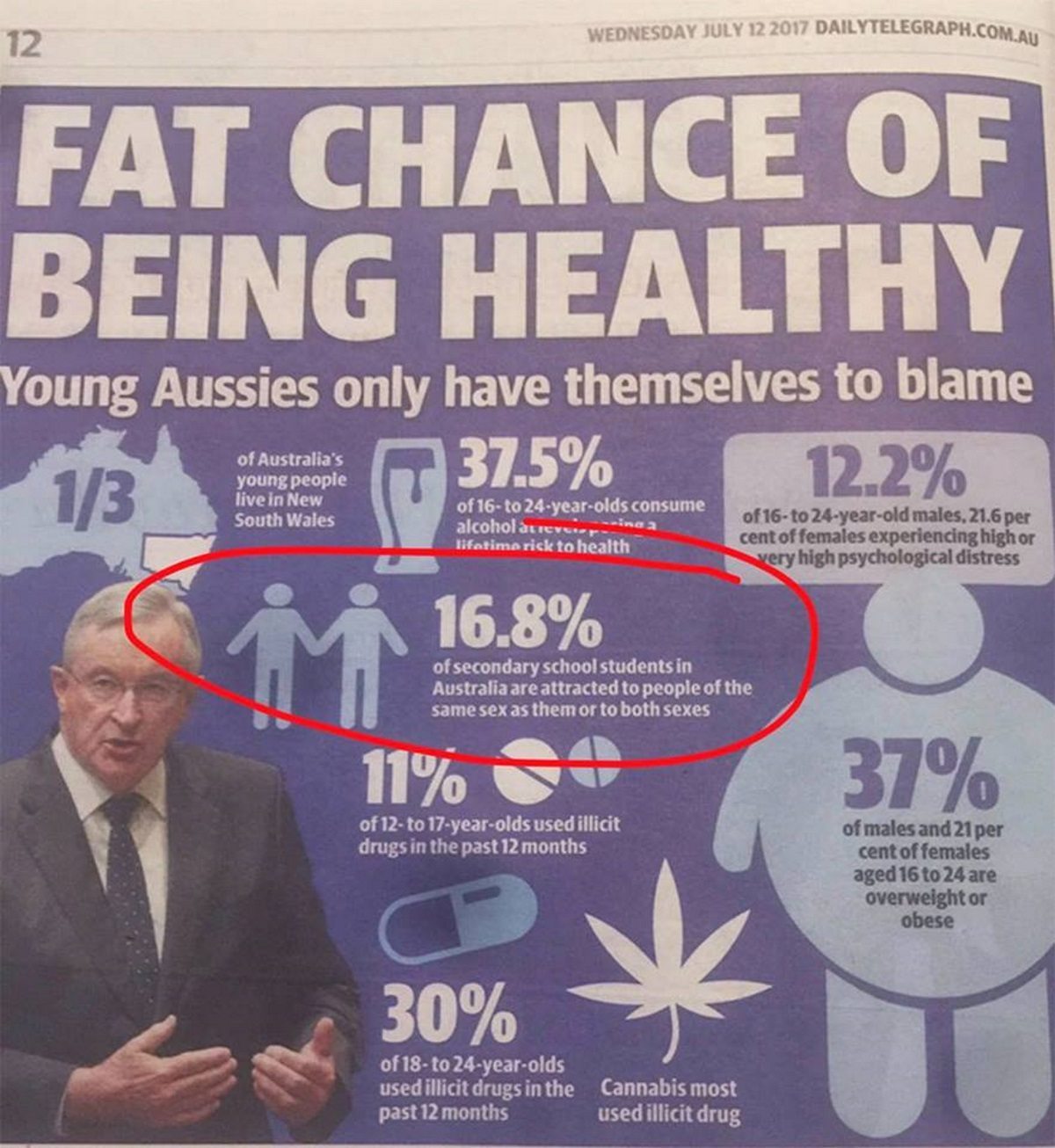 Australian newspaper The Daily Telegraph has attracted backlash after including LGBT+ people in a graphic on how youth are unhealthy.

The headline of the article, “Fat Chance of Being Healthy”, was positioned directly above an image that appeared to show same-sex attraction as unhealthy, prompting a flurry of outrage online.

Alongside troubling figures on obesity, alcohol and drug consumption and mental health was a completely unrelated statistic about LGBT+ youth, showing that according to a report, 16.8 per cent of Australian secondary school students are homosexual or bisexual.

The graphic was created to illustrate a new report from the New South Wales government on the state of the health of NSW’s young people.

The editor of The Daily Telegraph, Christopher Dore, released a statement on Twitter following the backlash. He defended the story and its accompanying graphic, saying:

“The headline clearly referred to the health issue of obesity, as did the accompanying story, which focused on diet. The graphic that sat alongside the story took statistics from the NSW Government’s Youth Health Framework report 2017 to 2024, capturing a broader snapshot of the lives of our young people. It is a statistical picture of young people’s lives, from where they live to how they live. Unfortunately the presentation of the story has been misinterpreted. The story in no way suggests, or intends to suggest, that same-sex relationships are unhealthy. There is no judgement expressed at all in the story other than about diet.”

Twitter was quick to react to the obscene article:

um @dailytelegraph are there any stats on the number of people responsible for this piece who are still living in 1984? pic.twitter.com/FwAcXWkSTa

Wtf @dailytelegraph if I didn’t already think you were complete garbage this is the mail in the coffin ???? https://t.co/haYzVwF2Bd