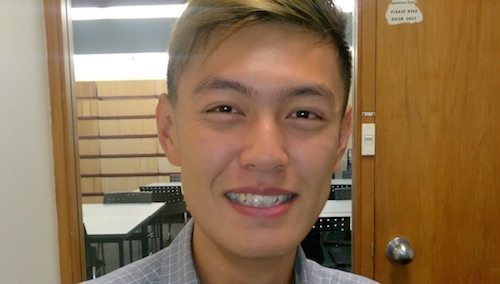 Adjusting to university life can be hard enough without also having to navigate issues surrounding your sexuality or gender identity.

Danny is a student at the University of Auckland, studying law and arts majoring in Linguistics.

He feels overall, his experience as a queer person at the uni as been a positive one, acknowledging that he is only able to speak for himself.

“I wouldn’t consider myself particularly involved with many centralised university societies or activities, but in general I believe it to be an environment where queer identifying people can be themselves,” he says.

The counselling service is LGBT+ friendly and he gets the impression that the majority of university services are too, so he feels supported on campus.

While he feels safe in his weekly routine and walking home at night, Danny says students have been notified by faculty that there have been a few incidents around the law school.

While the university may feel like a relatively safe and supportive space, he has been the target of discrimination within the LGBT+ community.

“I feel the gay male culture is very caucasian-dominated.”

“I believe it hugely marginalises non-caucasian people, in terms of beauty standards, racial preferences, and representation to name a few. I can’t talk about every instance of it, but I think it’s a culture that needs to be changed.”

He says in the university context there can be a hesitation to talk about sensitive issues and in large classes, people tend to hesitate in a discussion about homosexuality or more explicit sexual topics.

“Myself included, to be honest, it’s probably still just a less socially acceptable thing to bring into the open,” he says.

“There are times when people, including lecturers, make some ignorant comments, and it’s an issue that the social dynamic could prevent us from calling it out.

Danny thinks there needs to be more support for issues surrounding sex, sexuality and particularly mental health, as he believes that it’s an issue that many have experience of.

“There is a wide variety of pressure from social taboos, family pressures, and then the pressures from gay culture that can be very troubling for people and the university could perhaps address that.”