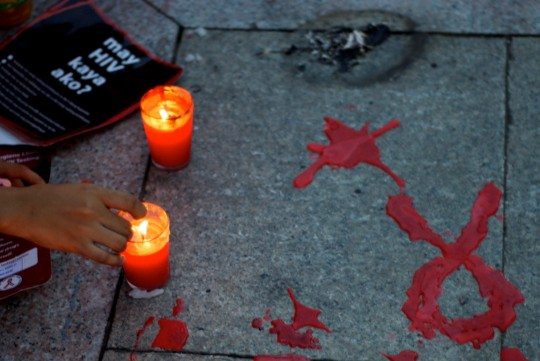 New HIV infection rates in the Philippines are expected to skyrocket 140% in the next five years and the country now has the fastest growing epidemic in the Asia Pacific region, according to the United Nations.

Two out of three of the new infections were among 15-24-year-olds.

To try and curb the rate of new infections, the Philippines Ministry of Health has approved PrEP trials for 200 gay men and trans women and Health Minister Paulyn Ubial is encouraging the use of condoms and voluntary testing.

The head of the ministry’s public health surveillance department, Genesis Samonte notes that this is a problem that does not just concern those who are openly gay, acknowledging that “Any male who has sex with another male for whatever reason, is at risk.”

Samonte says younger men, who account for the majority of new infections, don’t have sufficient awareness of HIV, its symptoms and how it is treated.