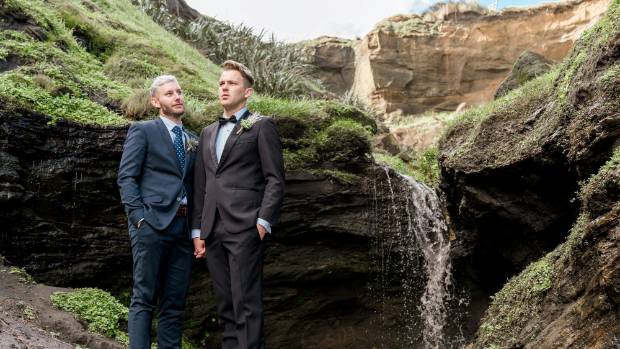 Married at First Sight’s first gay couple says they may have started on a low but they say they are now focused on getting to know each other.

Aaron and Ben tell express that not everything that happened on the day made it to air.

“It’s was pretty confronting watching it all happen as I saw it for the first time when it aired as well but the way our first week together played out definitely makes more sense to me now seeing how Ben felt on the day,” says Aaron.

“I am concerned for Ben given the backlash he’s received. Obviously, not everything that happens between us makes it to the screen and every relationship has its highs and lows, maybe we just started at a low.”

Aaron’s new husband Ben found the wedding day a difficult one and his discomfort came across on screen.

He says he is relieved the episode has finally gone to air.

“It wasn’t our favourite day and was something we were both dreading going to air.

“Post-wedding in feeling optimistic, the party has ended now I’m alone with Aaron I can focus on getting to know him properly.”