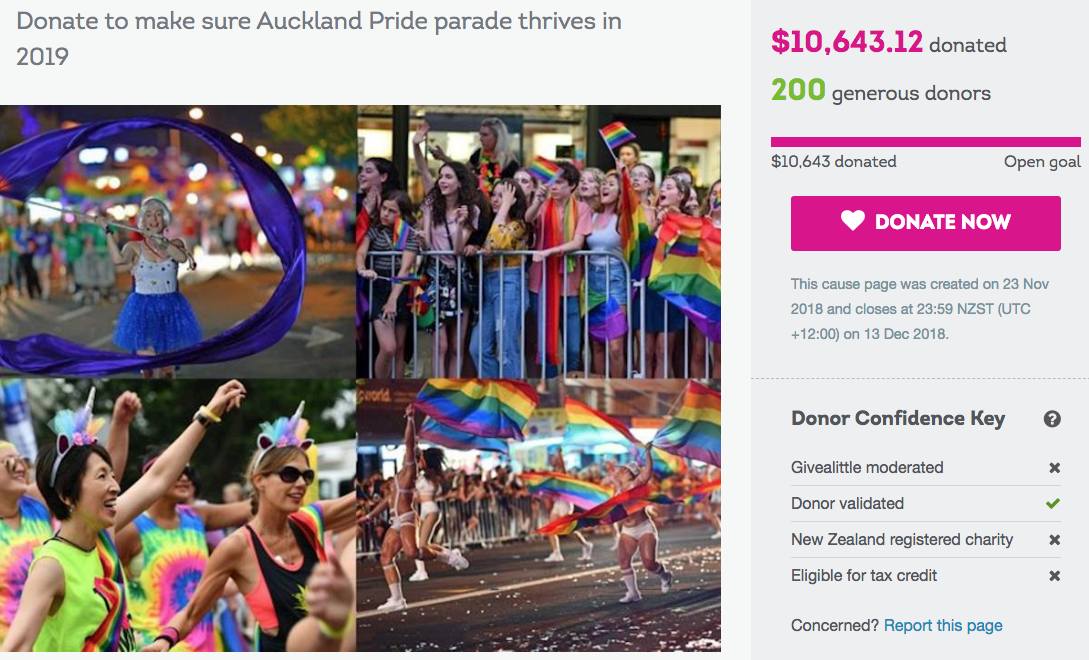 As corporate support for the Auckland Pride Parade dwindles, a givealittle crowdfunding page asks the community for help raising funds.

Fletcher Building is the latest in a series of corporations who have decided to pull funding or not attend Auckland’s 2019 Pride Parade in the wake of the board’s decision to ban uniformed police officers.

The company released a statement saying they would “step aside” from the 2019 event as the Pride board’s police ban was “not in line with their values.”

Fletcher Building says they would review the decision for the 2020 event.

“We will not be taking part in the parade as a company – we will still support other LGBTQI+ and Pride events during Auckland Pride Month, and our people are free to choose to join the parade as individuals.”

“We will be focusing on celebrating and promoting diversity and inclusiveness in the regions, including pride events in Hamilton, Christchurch and Wellington.”

The construction company joins the Defence Force, ANZ, BNZ, Westpac, Ponsonby Business Association, the Rainbow New Zealand Charitable Trust, NZME and others who have pulled their support for the parade.

To combat this loss in funding, supporters of Pride’s Police uniform ban have started a givealittle page

A statement on the page, explains how these funds will be used:

“Pending the results of the upcoming Special General Meeting (SGM) where Auckland Pride members will decide if the current Board stays or not, donations will be gifted to the Auckland Pride Festival Inc to run the Pride parade in 2019.

If the current Auckland Pride board is voted out, donations will be split between a variety of organisations who work for a truly just and racially equitable Aotearoa where all members of the rainbow feel safe and loved. The people who contribute to this kaupapa will be sent a survey to decide which organisations get the money if this happens.”