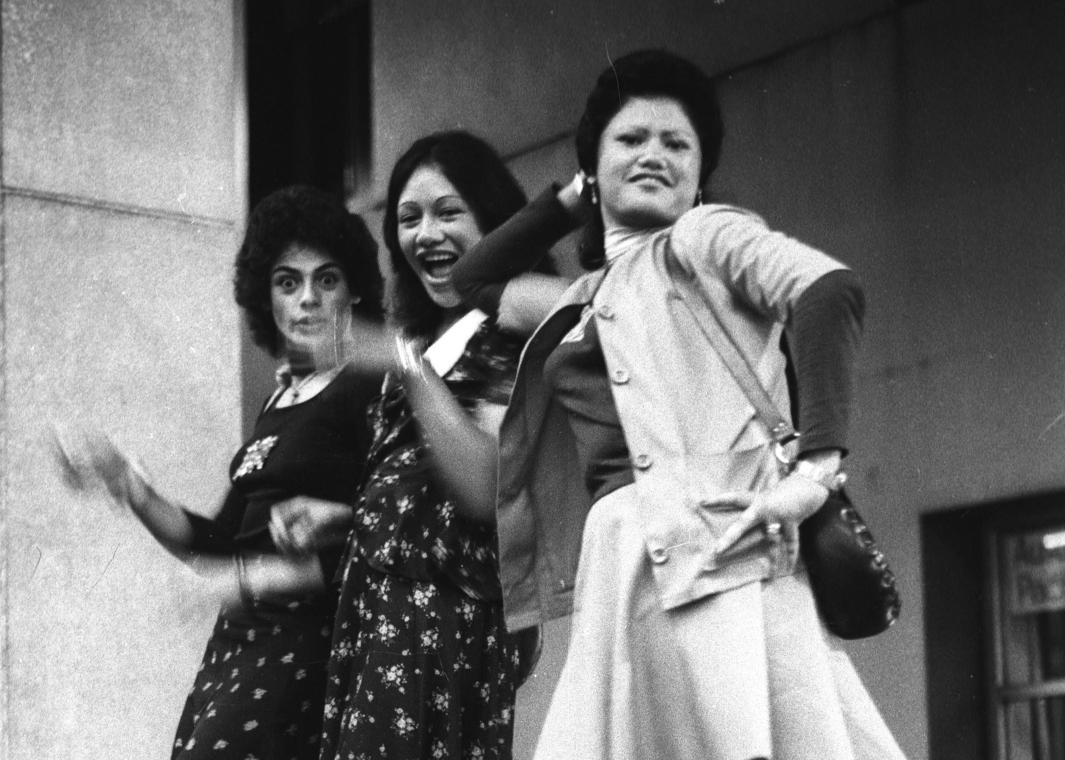 Gareth Watkins looks back at the events that shaped our rainbow community.

Members of the nationalist German Student Union ransacked the library of Magnus Hirschfeld’s Institute for Sexual Research in Berlin.  The library contained thousands of books, documents and images on sexuality and gender.  The contents were publicly burnt a few days later during nationwide Nazi book burning events.  Exactly 52 years later, on 6 May 1985, members of New Zealand’s rainbow communities gathered together on the steps of the National War Memorial Carillon to commemorate the 40th anniversary of the end of the Holocaust. They stood under a large cloth pink triangle – a symbol that homosexuals had to wear in the concentration camps. During the Nazi era, hundreds-of-thousands of rainbow community members (not just homosexuals) were persecuted, imprisoned and murdered.

The first AIDS Candlelight Memorials took place in San Francisco and New York. Within a few years, the annual observances were taking place around the world. In 1987 Dr. Bill Paul told memorial-goers in San Francisco that events were happening,  “in four cities in New Zealand and in major cities all over the world.” In Wellington the memorial grew in scale, peaking in May 1993 with the Beacons of Hope commemoration.  The night-time memorial at Frank Kitts Park, featured the New Zealand Symphony Orchestra and members of the New Zealand Youth Choir. It began with people carrying flaming torches representing those that had passed away.

Minister of Health Hon. Annette King launched the Intersex Society of New Zealand. Soon after its launch it changed its structure and became a charitable trust.  The trust was founded by Mani Bruce Mitchell. In 1996 they became the first person in New Zealand to come out publicly as intersex. Mitchell travelled to the USA in August that year to participate in the world’s first international intersex retreat. During the gathering, the documentary Hermaphrodites Speak was filmed which documented the experiences of seven people – including Mitchell’s.

This year marks the 20th anniversary of the death of Jeff Whittington in central Wellington. In the early hours of Saturday 8 May, the 14-year-old high school student was approached by two men who offered him a ride home.  They subsequently drove him to a secluded area nearby and brutally assaulted him.  He sustained severe head injuries and a perforated bowel. He died in hospital the next day. Media reported it as a gay hate-crime, and both men – Jason Meads and Stephen Smith – were subsequently convicted of his murder.

In the wake of the Civil Union Act 2004, United Future MP Larry Baldock’s Marriage (Gender Clarification) Amendment Bill was introduced into Parliament. The Bill set out to explicitly define who could marry: “For the avoidance of doubt, marriage may only occur between one man and one woman”, that “a person may not marry another person of the same gender” and same-gender marriages solemnised overseas would not be recognised as marriage in New Zealand.  The Bill was championed by United Future MP Gordon Copeland who said “…marriage is a solid rock […] It is in the interests of creating stable, beautiful, adult relationships between a man and a woman. It safeguards the interests of children, particularly the right of the child – the right of every child – to have both a mum and a dad.” However, the Bill didn’t get past its first reading, with Parliament voting in December 2005 against it continuing by 73/47.

Broadcaster and kaumatua of the NZ AIDS Foundation Henare te Ua died. Te Ua had a 40-year career in radio as well as being a champion for HIV education and prevention. Former NZAF Board Trustee and Chair Charles Chauvel told media at the time that Te Ua played “an enormously significant role in helping frame our thinking about how the Foundation should work with Maori in a meaningful, not tokenistic, way.” Te Ua was awarded the Queen’s Commendation Medal in 1990, the Queen’s Service Medal in 1992 for public services and in 2002, the Sir Kingi Ihaka lifetime contribution award.

Composer Jack Body received the New Zealand Arts Icon award – the highest honour given out by the New Zealand Arts Foundation.  The honour is limited to a living circle of twenty recipients. The medallion is then returned to the Foundation at the end of an Icon’s life to be presented to a future recipient.  Body received the medallion of the late artist Ralph Hotere. “I could think of no greater honour than to accept Ralph’s medallion. He was a mysterious and deeply loved friend to me” said Body during the private ceremony at Mary Potter Hospice. Body died three days later.

A world first: the transgender, bisexual, intersex and rainbow flags were flown together for the very first time on the forecourt of Parliament.  The flags flew to mark the International Day Against Homophobia, Biphobia, Intersexphobia and Transphobia (IDAHOBIT).   They flew again at Parliament on 17 March 2019.  Originally flown to mark the beginning of the ILGA World Conference in Wellington, the flags flew at half-mast to also mourn and pay respect to the victims of the Christchurch mosque massacres two days earlier.