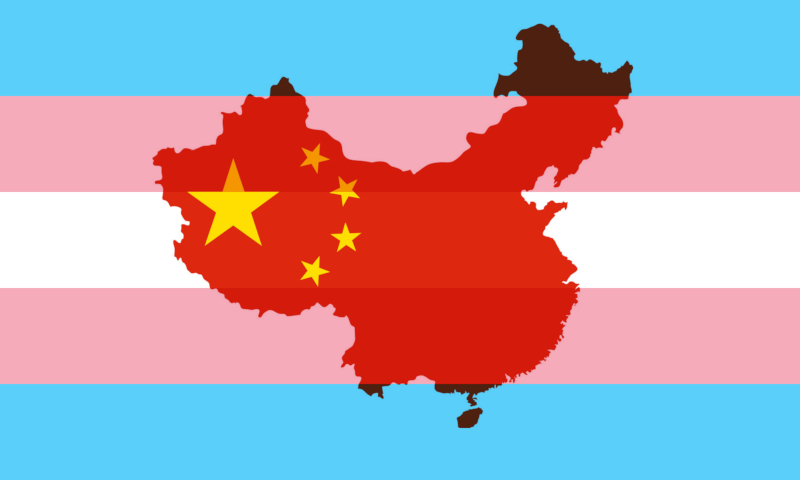 A disturbing new report has shown that desperate transgender people in China have been resorting to purchasing unsafe hormone treatments on the black market and performing highly dangerous surgery on themselves.

The new report which was released by Amnesty International has highlighted the issue noting that members of the Chinese transgender community have been forced into such actions as a result of there being almost no access to health care and impossible for them to get the help they urgently need.

“China is failing transgender people. Discriminatory laws and policies have left many people feeling they have no choice but to risk their lives by performing hazardous surgery on themselves and to seek unsafe hormone drugs on the black market,” explained Doriane Lau, who is the head Researcher for China at Amnesty International.

The lack of medical access to transgender people in China can be directly linked to the fact that currently transgender people are classified as having a “mental illness” in China, and gender-affirming surgeries require the consent of one’s family.

The Chinese government also has a number of other criteria for an individual to qualify for gender-affirming surgeries that include not being married and having a clean criminal record, adding to the significant barriers in place for people to access such treatment.

“The authorities and the medical profession must stop classifying transgender people as having a mental illness,” Lau stated.

“The highly-restrictive requirements for accessing gender-affirming surgeries and lack of health-related information needs to change so people can access the health care they need.”

Despite the transgender community in China being mostly invisible as a result of entrenched discrimination at home, school, work and in the healthcare system, a total of 15 transgender people from across China risked it all in order to share their experiences with Amnesty International.

Of the 15 interviewed, many spoke of the widespread discrimination and emotional distress caused by the mismatch of their gender and sex characteristics.

Huiming, who is a 30-year-old transgender person from China, explained she felt like she had no other option but to perform surgery on herself, resorting to buying hormone drugs via the online black market.

Huiming who says she was forced to stop after a month due to suffering extreme mood swings and significant impact on her mental health, explained that having an assessment for gender-affirming treatments at a hospital was not an option.

“I thought I was an abnormal person. How could I explain this to my family? I was both happy and scared. I was scared because I was bleeding so badly, I could die right there. I feared I would still die a man since I only did part of my surgery.”

Following her self-treatment, Huiming was rushed to the emergency room, where she asked the doctor to lie to her family and say she had an accident.

Her parents remained unaware of their child’s desperate act to remove her male sex organs.

Amnesty International confirmed that none of the transgender people interviewed had accessed advice from medical professionals at the time they started taking medication sourced through social media, chat groups, online shops, and via overseas surrogate shoppers.

Despite the Chinese government recently accepting recommendations by the United Nations Human Rights Council to put legislation in place banning discrimination against LGBTI people, to date, no such progress has been made.

“The Chinese government can show it is serious in addressing discrimination against the LGBTI community by removing the barriers transgender people face when trying to access safe gender-affirming treatments,” said Lau.