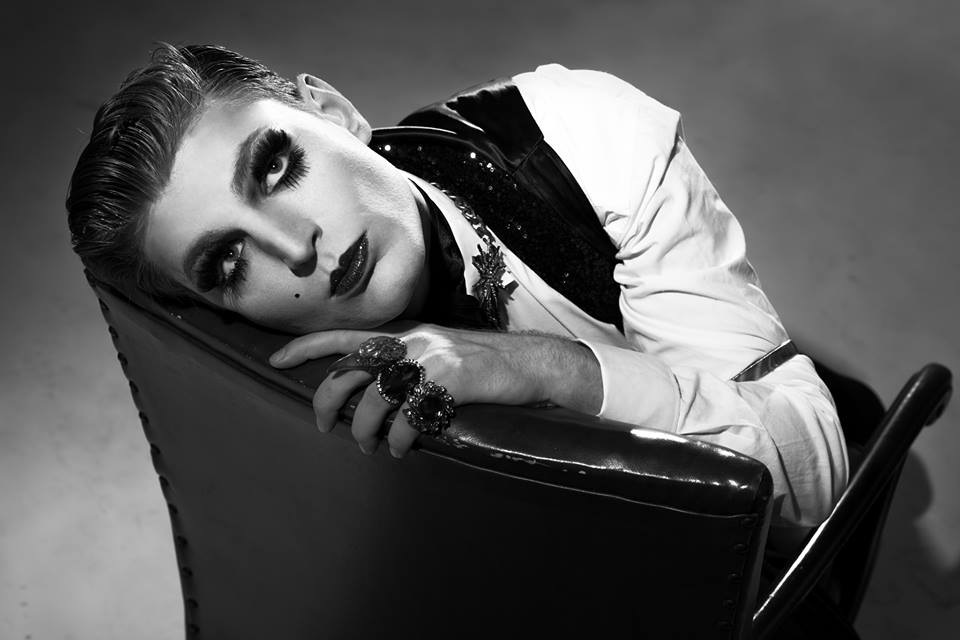 Where were you born and how was growing up for you?

I was born in the wagon of a travellin’ show,
My mama used to dance for the money they’d throw…
Hang on. No those are Cher lyrics.

I was born in Melbourne to my mother, a dancer from East Berlin and my father who was a painter from a small town outside Moscow. Both refugees, and in a way so was I! I mean… How do you think growing up in 80’s Australia was for me? I was so feminine the paediatrician kept looking for a uterus behind my gallbladder. now that I think about he may not have been a real doctor…I felt like I was a complete changeling.

How did you get into Cabaret performing?

It was either this or Politics. And that’s enough of a f*cking circus.

Tell us about your very first cabaret show?

It was in the womb so the lighting was terrible… But I made a spectacular exit. Clean up was a bitch though.

What inspired you to relocate from Melbourne to London?

Have you seen the men of Sweden?

Thus far what has been your favourite country to perform cabaret in and why?

You know I have a funny feeling that although I have never been to NZ, you might be my favourite audience.  It’s either that or I need medical attention.

You’re the MC of the whole Auckland Live Cabaret Season – how do you prepare for having that weight on your shoulders?

Ketamine.  KIDDING!  I just drink a lot of water and do Pilates. The secret is to stay hydrated. My body is a temple… Often ransacked by invading hordes.

Is it true you occasionally fondle audience members who sit at the front?

I couldn’t possibly say. Once I’m on stage I’m in a fugue state. I am merely a conduit, a channel… or an open sluice.

You have been described as “the evil love child of Liza Minnelli and Jim Carrey!” (British Theatre Guide) Please give us your thoughts on this comparison and whether you feel it is justified?

I’m far too humble to comment on that review… But that writer is one of the most well respected and perspicacious journalists writing on the subject of theatre today. And who am I to refuse a kind word. Especially after the Australian Election results when I so badly need succour.

Special offers for the following show can be found below:

20% off A reserve tickets for the deliciously naughty Melbourne based drag group YUMMY – https://www.ticketmaster.co.nz/event/240056A1C8C226FA?did=20spec (offer ends Thu 13 June, 9am)

10% off tickets for Grand Opening – A hilarious and theatrical tour experience of The Civic and a free drink at the end; (offer ends 3PM, Wed 12 June)