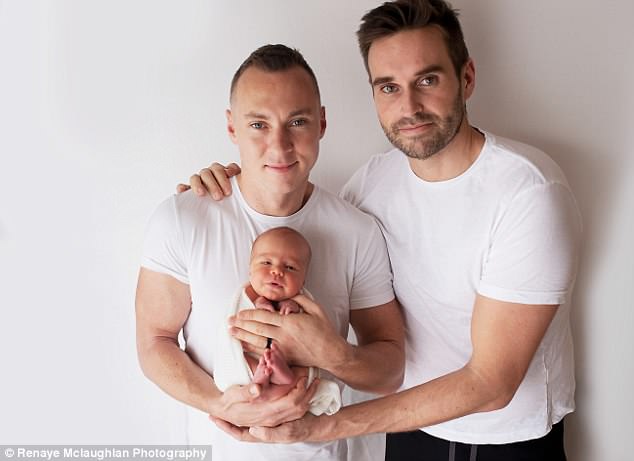 Gay father delivers a petition to parliament calling for fairer adoption laws for same-sex parents and others.

Christian Newman and Mark Edwards have taken their fight to change New Zealand’s adoption law to Wellington where they hope lawmakers will finally act to change the 64-year-old Adoption Act.

Christian Newman has delivered a 30,000-signature petition to parliament calling on reform to what he calls a “very convoluted process” for same-sex couples and others who wished to adopt children in New Zealand.

The petition was received by Labour MPs Louisa Wall and Paul Eagle.

Also present was Tamati Coffey, who recently became a father with his partner, Tim. Coffey said his own surrogacy journey highlighted for him, problems with the current law and said it was his belief ‘this could be better.’

Parents Christian Newman and Mark Edwards say they want changes to the Adoption Act which would allow for surrogates to be compensated and biological parents to be able to be named on birth certificates, neither of which is currently permitted.

They also want to see changes to the laws around how gay couples adopt internationally.

Speaking to media at the handover of the petition, Newman says he felt he had the support of a number of New Zealanders. “It’s a relief to have so much support and know that the country is backing this and we do need this.”

Mr Newman said he decided to take the issue to Parliament after visits from Oranga Tamariki. “[They] came through our home and asked us questions about our school, our dog, the way that we live our lives.”

“It just got worse from there, the bureaucracy, the time and the effort continued to go on. I knew I had to make a change for those families in need and also for the families that wanted to have children and either couldn’t afford it, it was too hard or they didn’t understand.”

It appears likely that change could be on the way, with both Coffey and Wall expressing their support for updated adoption laws.

MP Louisa Wall said the laws around adoption and surrogacy needed to be updated.

“It’s about living in a modern society,” she told media.

Bear Week is Back and Celebrating 11 Years

Is One Person Ever Enough? | Express Chats to The Cast...