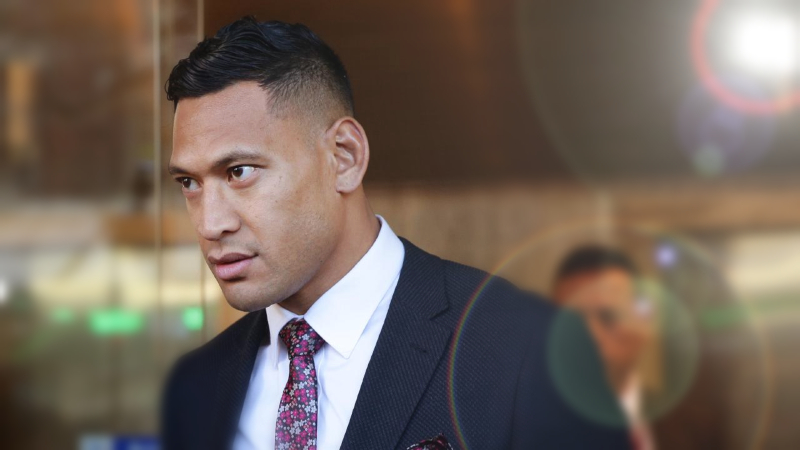 The documents which show that Folau (who had already acknowledged wrongdoing for previous social media posts in 2018 which breached his contract and Rugby Australia’s players’ Code of Conductin), had promised not to repeat his actions again, a promise he failed to uphold.

Despite Folau’s claims that he was unfairly dismissed, Rugby Australia say they had grounds to dismiss Folau on the basis that he was “the highest paid, and one of the highest-profile, players in Australia,” and “his contract required that he was, an ambassador for the game of rugby in Australia.”

“Mr Folau, on 10 April 2019, published two posts on social media which conveyed the message that transgender persons and homosexual persons, respectively, would go to Hell unless they repented of their sins (their sins being that they were transgender or homosexual, respectively),” the document states.

“The posts attracted widespread negative media coverage and prompted concerns from sponsors, broadcasters and other key stakeholders of Rugby Australia, who felt that the posts did not reflect theirs or Rugby Australia’s values.”

“The posts were a particularly egregious breach of trust by Mr Folau, given that they followed a similar social media post, made on 4 April 2018, which prompted a similar outcry, and following which Mr Folau gave repeated assurances to Rugby Australia and the second respondent (Rugby NSW) that he was aware of the impact which the post had had on Rugby Australia, Rugby NSW, their sponsors and his teammates, and that a similar incident would not happen again.”

The documents add that in 2018, “Mr Folau conceded that his posts had breached the Code of Conduct, conceded that the posts had the potential to cause damage to Rugby Australia’s relationship with sponsors, and conceded that he knew, at the time of posting, that transgender and homosexual persons may have been offended by the posts.”

It is reported that Rugby Australia is now seeking the dismissal of the Folau case by the Federal Circuit Court.