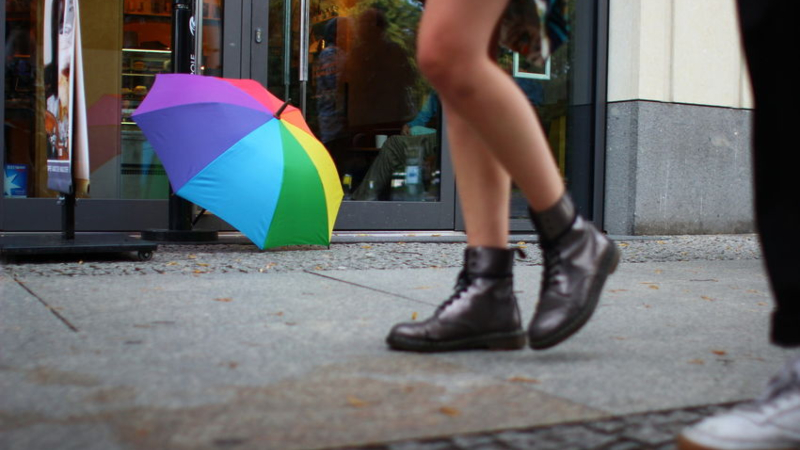 Gareth Watkins looks back at the events that shaped our rainbow community.

Writer Katherine Mansfield was born in Wellington. Mansfield had well-documented relationships with both men and women – one being Edith Kathleen Bendall.  For a time, Mansfield wrote letters nightly in violet ink to Bendall inviting her to stay alone with her at the family bach in Days Bay. She wrote in her personal journal “Last night I spent in her arms – and tonight I hate her – which being interpreted, means that I adore her; that I cannot lie in my bed and not feel the magic of her body.” On Mansfield’s birthday in 1922, and only a few months before her death from tuberculosis, she famously wrote “Risk! Risk anything! Care no more for the opinions of others, for those voices. Do the hardest thing on earth for you. Act for yourself. Face the truth.”

The laws around homosexual activity became more explicit with the Crimes Against Morality provisions in the newly enacted Criminal Code Act.  Any sexual activity between males was outlawed. Even if the act was consensual, it was still classified as indecent assault. Penalties included life imprisonment, flogging, whipping, and hard labour. Flogging involved getting struck with a cat o’ nine tails which was made up of multiple pieces of chord.  It was designed to lacerate the skin and cause intense pain.

Writer James Courage died in England. Born in Canterbury, New Zealand, he only made one trip back here in the mid-1930s.  According to his niece Virginia Clegg, he came out to his mother and father during that visit, at which point “all hell broke loose and he never set foot in this country again.”  Author Christopher Burke credits Courage with writing New Zealand’s first gay short story (Guest at the Wedding), and this country’s first gay novel (A Way of Love).  The novel tells the story of a young man’s relationship with an older man. It was banned in New Zealand in the early 1960s on the “grounds of indecency and because it lacked redeeming literary merit.”

The fifth National Gay Liberation Conference was held in Wellington. The first conference occurred in 1972 following the formation of Gay Liberation Front groups in Auckland, Christchurch, and Wellington.  The 1976 conference was promoted with the message: repeal all anti-homosexual laws, ban discrimination against gays!  Writer Tim Birks commented at the time “the political climate has never been better for a strong gay movement in New Zealand.” One of the most significant aspects of the conference was that it set the scene for the formation of the National Gay Rights Coalition the following year.   By 1979 the coalition had 32 member groups and over 70,000 affiliated members.

Media reported that Waikato policeman Bruce Lyon had been appointed as the first rainbow diversity liaison officer within the police. The announcement was met with criticism by some – including Radio Pacific talkback host Mark Bennett.  Bennett questioned why there shouldn’t also be a liaison officer appointed for necrophiliacs, sadomasochists, and homophobes.  The broadcast would later become the subject of a complaint to the Broadcasting Standards Authority. While the complaint was not upheld, the BSA said Bennett’s comments were “close to the border of what amounts to ‘hate’ speech.”

New Zealand’s second rainbow pedestrian crossing was launched in Wellington (the first crossing being in Queenstown).  The crossing’s launch was timed to mark the birthday of the late Carmen Rupe. The Transport Authority had earlier opposed the rainbow crossing saying that there was “a high risk of confusion and a dazzling and distracting effect” and the police said that the crossing posed “risks of death and serious injury for road users.”  However, the crossing went ahead, painted in part by Mayor Justin Lester, who told media that he was glad not to be arrested in the process.  Wellington City Council was quick to point out that the rainbow crossing was not an official zebra crossing, saying it was simply an “art installation placed on the street.”