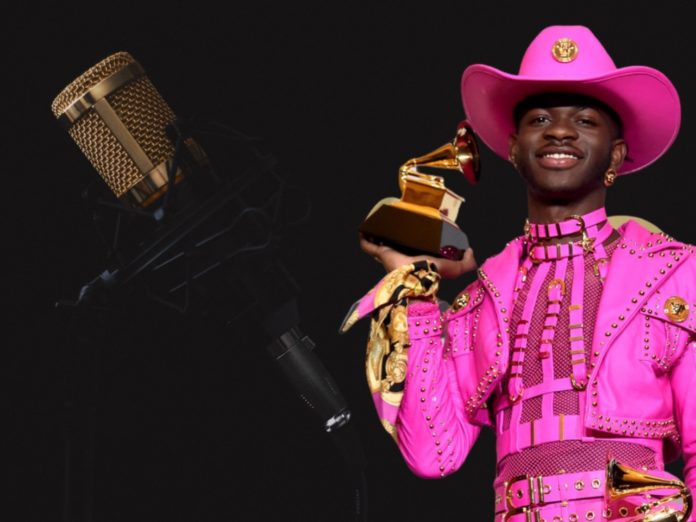 Out rapper, Lil Nas X, sporting a pink western-inspired Versace outfit complete with a harness, snagged two Grammy awards on Sunday as he continued to ride the wave of his hit debut song “Old Town Road.”

The 20-year-old artist and his sidekick Billy Ray Cyrus, who collaborated with him on the famous “Old Town Road” remix, won Best Pop Duo/Group Performance and Best Music Video for their work on the song that shattered records when it sat atop Billboard’s Hot 100 chart for a whopping 19 consecutive weeks.

Lil Nas X, who came out at the end of June last year, went on to delight the crowd at the Staples Center with performances “Old Town Road” and another one of his songs, “Rodeo.”

While the spotlight was on Lil Nas X, other queer artists quietly made important history. Out lesbian DJ Tracy Young won Best Remixed Recording, Non-Classical for her remix of Madonna’s song “I Rise,” making Young the first woman to win in that category.

Young turned to Instagram after she received her award to “thank my LGBTQ family, friends, club-goers, [and] music lovers who have supported my career from the start.”

She added, “We have shattered the glass ceiling together, in a male-dominated industry.”

Plus, although out bisexual music star Lady Gaga did not attend the Grammys, she still made an impact — and it wasn’t for singing.

She was among four songwriters, along with Natalie Hemby, Hillary Lindsey and Aaron Raitiere, to receive Best Song Written for Visual Media for the song “I’ll Never Love Again” from the film “A Star Is Born.”

For that same film, Gaga also landed a Grammy for Best Compilation Soundtrack for Visual Media, giving her a total of 11 Grammy awards for her career.

But that wasn’t all: Out gay “Pose” star Billy Porter managed to make a splash without even winning any awards. He turned heads with his sparkly blue hat featuring motor-powered crystal curtains that opened and closed.