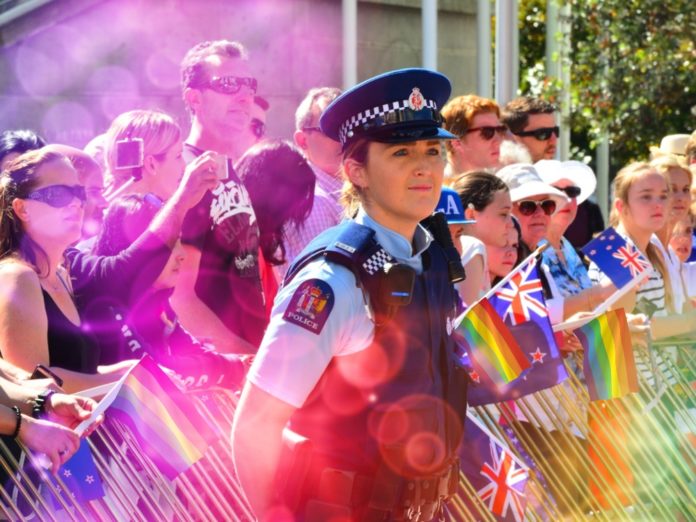 Police will be returning to Ponsonby Road for next month’s pride parade.

While details around the police’s participation is still being worked through, express understands that police will have a ‘walking float’ and be free to wear their uniforms if they choose.

Rainbow Pride Auckland (RPA) have confirmed that despite the controversy around uniformed police’s participation in previous pride parades, RPA is “excited” with their inclusion and will not place limitations of what they wear.

The parade, taking place on Saturday 29 February “will be a celebration of diversity, inclusivity and our wonderful city.”

RPA’s Chair Matt Bagshaw says the values of the Police are in line with those of RPA’s.

“New Zealand Police share our ambitions of eliminating prejudice and inequality across Aotearoa and their involvement in the parade is one aspect of the organisations continued focus on its core values of respect and valuing diversity,” Bagshaw says.

Bagshaw says RPA have been working constructively with Police to “create a strong partnership focused on community integration.”

“We recognise the significant effort and priority the police have placed on making positive changes for the benefit of rainbow people, not only in the office but in the community too. Nobody gets it right all the time but their participation in the parade demonstrates a continued commitment to the betterment of all our communities”, Bagshaw says.

Superintendent Bruce O’Brien, Relieving District Commander for Auckland City, says the police are looking forward to taking part in the parade and demonstrating its commitment to rainbow communities.

“We are proud of our progress to date and our work to celebrate diversity and support for the rainbow communities. We are determined in our continued effort to make improvements in this space.” Brien says.