A double-decker bus wrapped in rainbow colours to support the upcoming Wellington International Pride Parade as well as the month-long Pride Festival was launched in Island Bay this week. 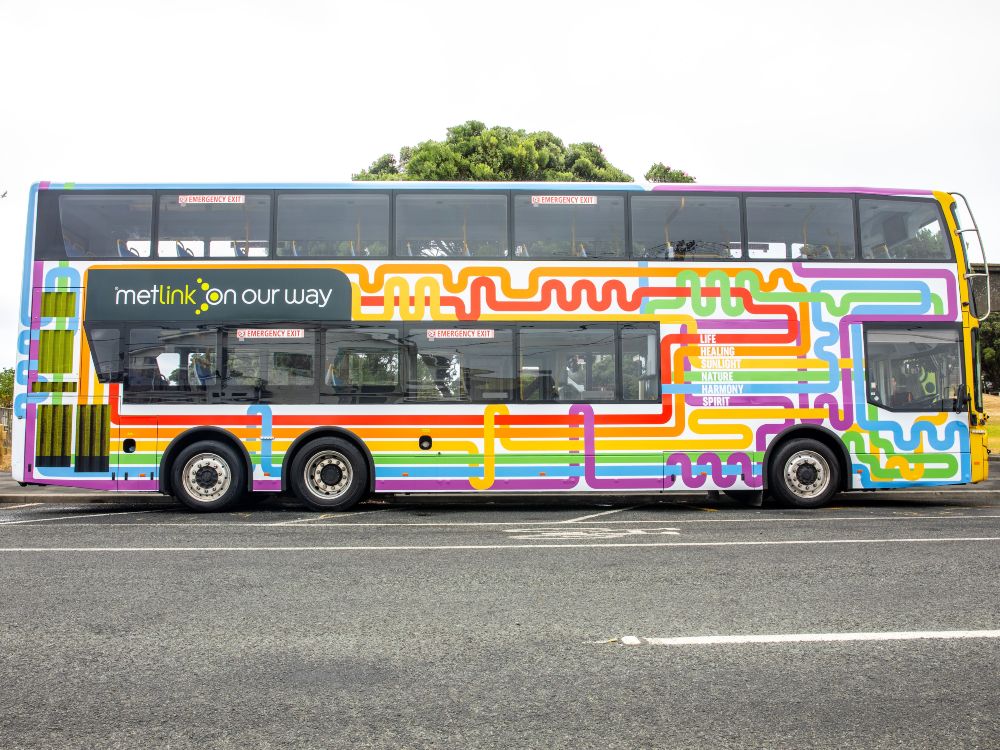 The pride bus, which is the first-ever bus to be part of the Pride Parade, is a collaborative entry from Greater Wellington Regional Council, Wellington City Council, Tranzurban and Go Media.

Greater Wellington Regional Councillor and Deputy Chair of the Transport Committee David Lee says it is fantastic to be able to jump on board and support such a great cause.

“This rainbow bus is a great way of showing that, along with our partner organisations, we support inclusion and diversity and it is important to us that all our passengers can get onto our buses and feel safe and secure.

“The bus is the first of its kind in New Zealand, and I want to thank our LGBTQIA+ community for being brave, for being bold and for bringing bling, glam and glitter to this city,” Cr Lee says. 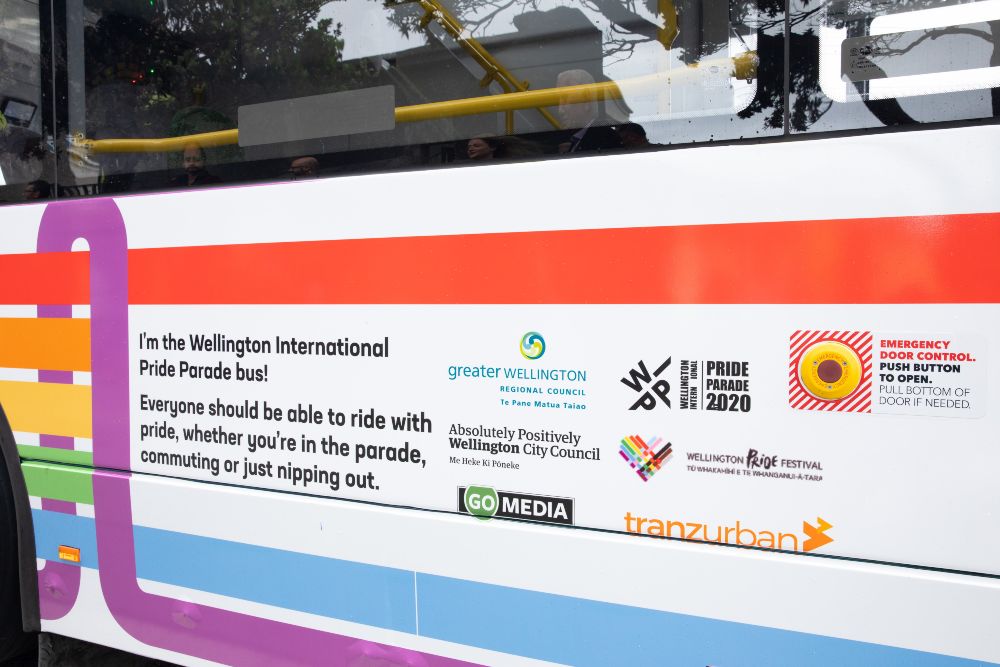 Amanduh, who dressed to impress, explained how the Pride Parade began in Wellington three years ago and became a beacon of diversity and inclusion, and Richard added: “it may only be a bus, but it’s a really special bus to us”.

Cr Lee and Cr Fitzsimons cut the rainbow ribbon, officially launching the bus which Wellingtonians will be able to enjoy on the number 1 route from Island Bay for the next couple of months.

“The bus will feature in the Pride Parade on March 7 and we encourage everyone to come along on the day and celebrate the diversity the Wellington community has to offer,” Cr Lee says.