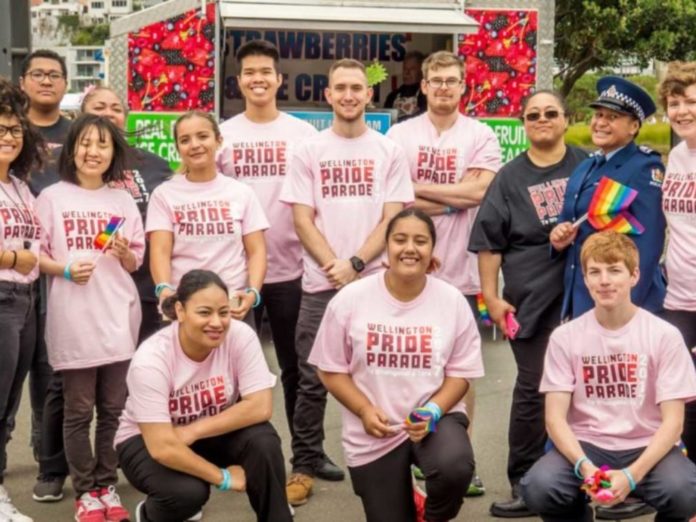 New Zealand’s six major banks are no longer participating in the Wellington Pride parade. TSB, ASB, Westpac, ANZ, BNZ and Kiwibank which made up The Celebrate Together bank collective have pulled out of tomorrow’s Wellington International Pride Parade.

Speaking to express, parade organiser Richard Tait says he is “disappointed” with the decision.

It is understood Kiwibank made the initial decision to not participate and that there was an agreement between the banks that if one chose to withdraw, the entire collective would.

Speaking to express, Richard Tait says he is disappointed with the decision and was “sad for the staff (of the major banks).”

Tait says he has had discussions with those concerned about elements of the parade, but organisers were not willing to radically alter the entire parade to exclude corporations. It is not clear whether the other banks supported the decision or not, with an ASB spokesperson telling the NZ Herald they were disappointed to not be participating, despite supporting the collective group decision.

Robbie Ellis, ANZ NZ’s Pride Network said some of ANZ’s staff would still be participating as individuals. “The parade should be about love, friendship, inclusion and good vibes, and we don’t want to put that at risk in any way so our Wellington Pride group made the difficult decision to not take part this year,” he said. “They’re disappointed, but feel this was the right decision.”

The decision comes as Wellington Pride faces criticism from a number of community groups who say the event has become “too corporate.” National coordinator of Gender Minorities Aotearoa, Ahi Wi-Hongi told the NZ Herald that the parade was too much of a tourism event “We don’t want to see the Wellington event be just about making money or bringing in tourists or how it looks to the outside world, we want it to be about the community.”

Despite the objection, the Wellington International Pride Parade will take place tomorrow starting at 6pm and Richard Tait is confident the parade will still be a success.

Uniformed police and armed forces will return, along with a range of political representation who will join community groups and corporates. Tait says those pushing for the banks and corporates to not be involved, “represent only a part of the community, not the whole community.”

The rest, will be in Courtenay Place tomorrow night to celebrate Wellington’s LGBT+ community. Express will be reporting live!