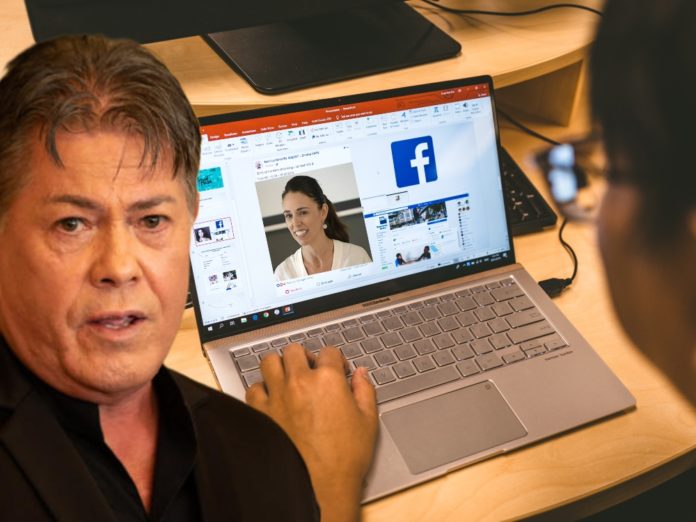 Followers of Brian Tamaki took to the self-described Bishop’s Facebook to post death threats against the Prime Minister.

It was last Thursday when Tamaki shared a bizarre rant on his public Facebook page, claiming “political powers that have been demonically corrupted can harm a nation and its families beyond belief”, before criticising the Government for legalising abortion in March.

“When abortion is legalised, Jesus [Christ’s] name is removed from all parliamentary prayer,” Tamaki exclaimed.

Tamaki’s post was accompanied by a photo of the Beehive in Wellington and another featuring Ardern and former Prime Minister Helen Clark.

One comment uncovered by newshub read, “can’t hack a women [sic] in power you thug”, to which another responded: “But can assinate [sic] her and her thugs how about that”.

The same woman also commented on another thread, to which a male follower had commented, “[yup] shoot them both maggots”. She pitched in: “Need assassinating… both of them”.

Ardern said she was not fazed by the threats. Speaking at her daily press conference on Wednesday, the Prime Minister she would not allow the comments to distract her.

“That’s something that does come with the job and I have not allowed myself to be distracted by anything throughout this period, including statements made on social media,” Ardern said.

“These comments are deplorable at best,” a Destiny Church spokeswoman stated.

In a statement, Destiny Church said “in no way” does it nor Tamaki condones “any suggestion or inference of violence towards politicians.

The post comes just over a month since Brian Tamaki’s wife was dumped from 2020’s Dancing With the Stars after her openly gay campaign manager launched a vile attack on Kanoa Lloyd against a co-host on TV Three’s The Project, in which he described Lloyd as “rancid rotton [sic] stuffed pig with blood pouring out of her eyes” who “show NZ what voluntary euthanasia looks like”.