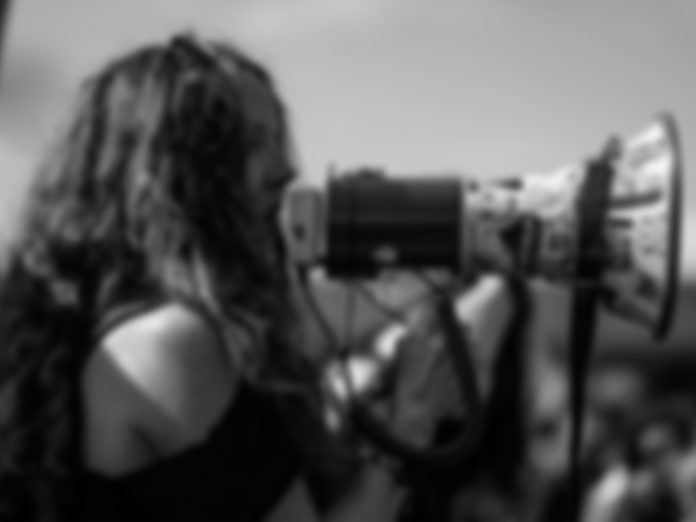 During a protest against government ‘negligence’ throughout the COVID-19 outbreak, a transgender woman has set herself on fire in the Capital City of Georgia, Tbilisi.

The incident occurred as several Georgia transgender women gathered in front of Tbilisi City Hall to protest a lack of support from the government during the coronavirus outbreak.

During the small rally Madona Kiparoidze, one of the protesting women, set herself on fire. OC media have reported Police officers managed to strip off her flaming jacket before detaining her.

Kiparoidze, who communicated with others after the incident and did not seem to have sustained any life-threatening injuries, was later transported to a hospital by ambulance.

‘I am a transgender woman, and I’m setting myself on fire because the Georgian state doesn’t care about me’, Kiparoidze shouted after being detained.

‘We can’t even pay for our rent. What can we do?’, another protester told TV Pirveli after the incident.

Tamaz Sozashvili, one of the founders of Tbilisi Pride, tweeted out soon after that the incident occurred because of the government’s ‘immobility and ignorance’ towards transgender people during the pandemic.

‘Trans people are among [the] most vulnerable groups in Georgia’, he said.

Today, trans woman tried to commit a sucide in front of #Tbilisi City Hall to protest @GovernmentGeo‘s immobility and ignorance towards them during #Covid19 crisis.

Transgender people often rely on sex work to make a living in the socially conservative Caucasian nation, as discrimination and the lack of regulations on legal gender recognition make it difficult find regular jobs, according to LGBT+ groups.

Strict lockdown rules to curb the spread of the virus including a night curfew have deprived many of all income, leaving them unable to pay rent and homeless with many shunned by their families, according to rights group Tbilisi Pride.

“Most of them cannot go back to their homes and this creates a problem because where would you go if you do not have money and your landlord is kicking you out?” the group’s director Giorgi Tabagari told the Thomson Reuters Foundation.

In March several LGBT+ organisations launched a crowdfunding campaign to help pay for food and accommodation for almost 40 people which raised about 15,000 lari ($4,700).

Since the incident, leaders of Churches across Georgia have offered shelter to the homeless, which includes transgender people in Tbilisi.