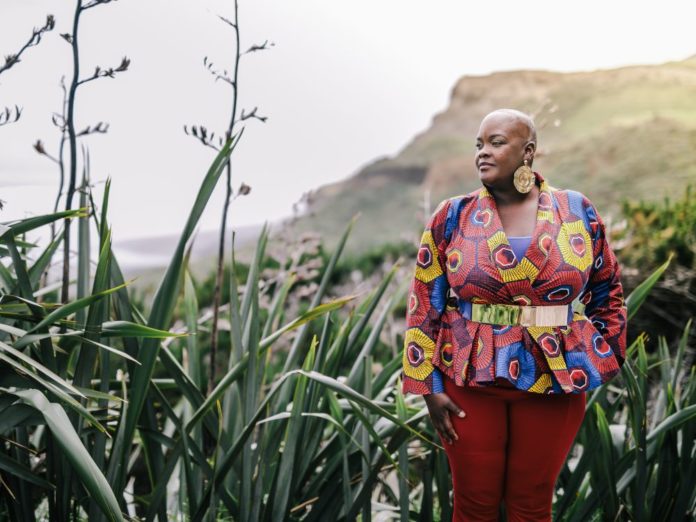 New Zealand must be honest about its racist attitudes in order to heal wounds, says Taranaki-based American author and activist Sonya Renee Taylor.

“Aotearoa is not a utopia of racial harmony. All places that are active in colonisation are active in white supremacy,” says Taylor, who has been living in New Zealand since 2017 on a Sir Edmund Hillary fellowship for entrepreneurs focusing on social impact work.

Taylor provided her opinions and insights on Sunday during Flip the Script, an Instagram live conversation produced by NZ-based online site Narrative Muse, which matches users with books and movies written and directed by women and non-binary storytellers.

“The difference between New Zealand and the US is that in the US, their particular manifestations of trauma and violence are externalised, by the extreme shootings and protests.”

“In Aotearoa, the manifestation of the same kinds of violence and trauma are internalised. It’s the reason why Aotearoa has the highest suicide rates in any industrialised nation of the world and why interpersonal and family violence is as high as they are.”

She says her unique experience has given her an outsider’s perspective of New Zealand’s attitude to racism and encourages her adopted country to be brutally honest about their fractured race relations.

“I think back to when the Christchurch massacre happened and Prime Minister Jacinda Ardern’s instinct was to say ‘this is not us’. If you decide to say that this isn’t me, you will never find anything worth excavating. As a nation, I’d love to hear Aotearoa say, this is us and we desire to excavate it and remove it from us.”

The Pittsburgh-raised author told Narrative Muse host, Dione Joseph, what it’s like to live in New Zealand while her home country is experiencing intense racial protests.

“I’m grateful to be on this soil in Aotearoa, and how healing it is to be here in the midst of this level of chaos. Being here was about my willingness to dream an existence outside of the extreme violence and oppression that I was living under in the United States.”

With more than one million followers on her social media pages, Taylor is constantly posting messages of support and encouragement for the Black Lives Matter movement.

“I’m not in the cauldron of the struggle right now. I’m giving myself distance, which has allowed me to see things that I would not see if I was in the mix of it all.”