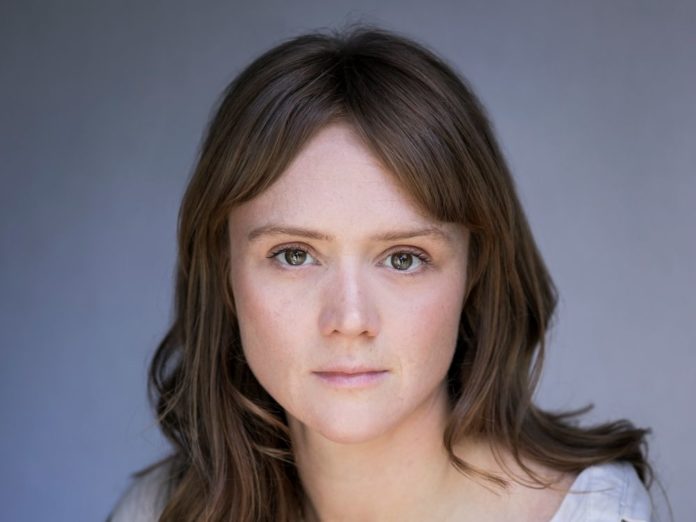 Actress Amelia Reynolds shares her experience of discovering her mother was gay and meeting her girlfriend Eva for the first time.

I remember when mum first introduced us. You were twenty-three, mum was 39 and I had just turned eight. We went to the beach and you drove over to our house in your yellow Hillman Hunter with your keeshond Gypsy sitting upfront. You had your Shelley steel-toe boots on and your sheepskin jacket, with Pall Malls in the pocket. You had just been back to Austria to visit your oma and you bought me a bag of Haribo gummy bears (before they were in New Zealand supermarkets) and I was secretly impressed, but I pretended I wasn’t.

And then a week or so later I remember seeing you give mum a massage through the mottled glass door of my bedroom, two out of focus bodies getting closer. And then I saw mum share your cigarette, and I knew that you were more than just ‘mum’s friend from school’.

And so I asked Mum, one evening when I was helping her with the dishes, if you were her girlfriend and mum said “what if she was” and I said, “I would be really angry”. And then mum said, “well she is”.

And I ran screaming into my room, and I went all hot and tingly and I felt so left out.

Because I already felt like an outsider; too scruffy and poor alongside my glamorous friends with their two-story villas and fancy pantries. I was already the girl with the mum who drove the Datsun and made bran muffins which no one ate for shared lunch, and who was always late picking me up from school because she was a solo parent and polytechnic didn’t finish until 4pm. I was already the odd one out and so I didn’t want another reason to add to that feeling. I just wanted something that I could see the normal kids had – and two mums wasn’t that.

So, I didn’t tell a single person about you. If I had to I would describe you as ‘Mum’s partner’ but I was careful, never to call you ‘She’ or by your name.

Then when I was in year 11 I met Francis and he was a ginger and loved drama, just like me, and his mum was lesbian as well – but she always had been. Somehow he had found out about you and us and he told me loudly and proudly on the bus, in earshot of everyone, that we were the same.

And I thought I would be mortified but in fact, there was a release in it. I thought Francis was cool and him thinking I was, because of you, made me feel a bit special. But I still kept you a secret where I could, I still couldn’t quite say your name or certainly not describe you as my step-mum.

Then, after high school, another friend started working at the same orchard as you for a summer and you would drive them out to Motueka each day. They were coming out at the time and the longer the summer went on the clearer it became to me that they had taken the job so they could hang out with you – as someone who they could look up to. And that made me feel proud.

That summer my friend told me, in passing, how cool you were and in that moment I realised that, yeah, you were.

Slowly, I gave myself permission to look at who you actually are – not what I thought you represented. I realised that, without me knowing, I had come to love you very much. You had become a parent to me and now, twenty-three years on, I wonder what traits I have that have been influenced by you. I hope I have half of your fierce loyalty, thoughtfulness, and creative mind.

Now, home to me is visiting you and mum and you have made the bed all nice and put some fresh flowers in a vase and left a delicious meal in the warming draw. I love you and I always will be grateful you came into our lives – even if I didn’t think it at the time.

Amelia was due to perform in Auckland Theatre Company’s season of The Miracle Worker, which unfortunately had to be cancelled. ATC’s new digital brand On Stage – On Screen has launched with a season of Chekhov’s The Seagull – a new online version by Eleanor Bishop and Eli Kent. Please check www.atc.co.nz for details on it and other upcoming happenings.