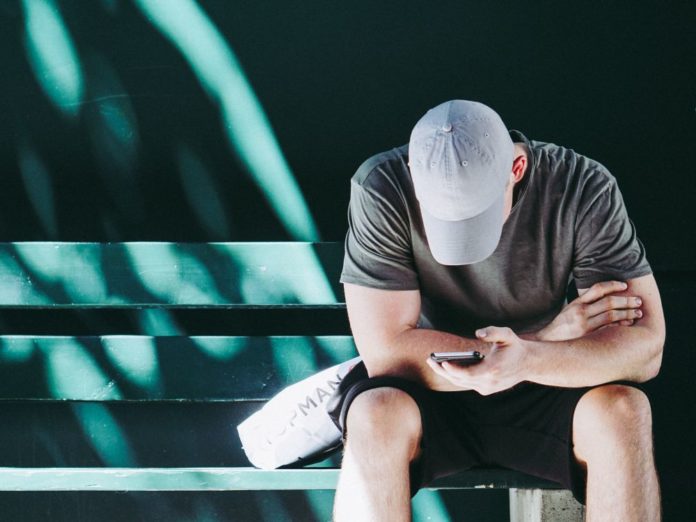 Hookup apps have become convenient go-to ways of meeting ‘like-minded’ people, but what are the transactional-nature of these apps doing to their users? Dick Richards hopes he doesn’t end up heartless.

Obviously apps like Grindr, Tinder and Scruff they have their merits. They’re dicks on tap and sometimes that’s what we need for a season. But it’s addictive, and that sort of interaction isn’t real. It’s transactional. And humans aren’t really wired for that long term. We’re wired for something more meaningful.

When you’re constantly feeding those sorts of transactional interactions, inevitably they will affect those non-transactional relationships. Remember those? The ones where you actually talk, maybe have a coffee or go for a drink, and find out who the person is behind the screen. Because that person is just like you, they have real thoughts and emotions. They get nervous, they have quirks, they have feelings and insecurities, and they’re fucking amazing. Yes, I’m talking about you, the reader. You’re more than just an appendage and butt cheeks.

I was seeing this guy once who was happily fucking other men as well as me. It’s a pretty standard scenario these days in the gay world. I was fine about it, in fact, it became a sort of competition for me. I was desperate to win the prize – aka Him! I became consumed by it. Every little crumb he threw my way added to the obsession. After nearly a year of ‘dating’, it became apparent he was unable to give up his Casanova lifestyle as he was so deeply rooted in the hook-up culture (pun intended). I realise now when it came to our relationship, he was indifferent, and I was committed.

Sometimes I fear these apps are affecting the way we relate to one another. We’ve become so accustomed to having a buffet of flesh at our disposal that we’re losing the ability to connect to each other relationally and offer something more than just our asses and cocks… and that’s the ability to commit. I’m not talking about a ring or being boyfriends, or even being ‘exclusive’. I’m talking about the little things. Like when he does something that irks you, or dresses a certain way, or has a habit that’s not your ideal. You don’t just move to the next body or thrill.

When faced with something that’s not the ultimate in a relationship, because of these apps, we’ve learnt to just move on, block, ghost. Truth is, if we keep doing this we are all going to end up alone. He may have that perfect personality that just gets you, makes you laugh, understands you… but… where the hell are those abs I’ve always wanted? Next! Where’s his mortgage down payment? Next! We all have our flaws and no one’s perfect (Yes, we’ve heard that before but sometimes we need a reminder) and it takes time to get to know someone, and that’s a form of commitment.

Sex apps have taught us to be indifferent when it comes to people, that it’s going to take someone really special with all the right attributes and physical commodities to sweep us away. With a swipe or a tap, we can get what we want. Sorry to bust your lube bubble but you’re living in a fantasy. And sure, it’s fun for a while. Play in that world for too long, and it’s going to affect you.

Commitment is scary. It will push some buttons you have tried to run away from. You might feel vulnerable and exposed. But press through it and the potential is endless. It’s like bottoming for the first time. It’s terrifying, but it’s going to be amazing. Trust me!