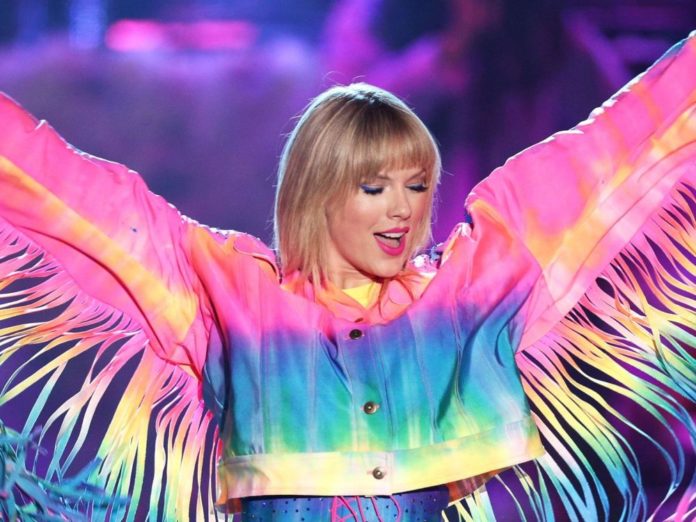 express has all the fan theories connected to Swift’s latest album cut that have sent lesbian social media wild.

While the release of Taylor Swift’s new album a few weeks ago was quite the surprise, bigger still was the interpretation some fans have come for.

While Swift says that the break-up album is about fictional characters, many fans, and even major gossip fans have theorized that the album has a very real muse – and it’s not Swift’s beau, Joe Alwyn, who she is rarely photographed with. Rather, some fans theorise that the real muse of the album is supermodel Karlie Kloss.

Kloss and Swift were oft-photographed gal pals and supposed ‘best friends’ in 2014, but that stopped when they were filmed looking rather amorous at a concert in December of that year. Kloss then disappeared from the singer-songwriter’s photographs unless there was a man in-between them, arousing suspicion from fans.

Believers in the pair’s relationship, dubbed ‘Kaylors’, or ‘Gaylors’, point to lyrics in previous albums, most famously Swift’s 2017 song ‘Dress’, where she describes a secret relationship with a best friend, but also in ‘folklore’, including references to St Louis, Kloss’ hometown in the track ‘The Last Great American Dynasty’. Fans also point to ‘betty’, which they believe is really about a lesbian affair.

Swift has yet to respond to the fan theories.

There have been rumours regarding Swift’s sexuality for years. In 2019, Swift posted to her Instagram a photo of a bracelet featuring the word “PROUD” surrounded by blue, pink and purple beads, the colours of the bisexual flag.