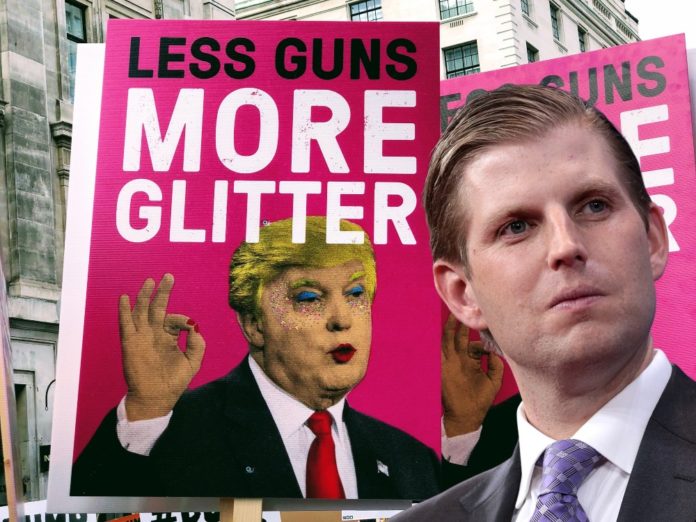 Eric Trump has since confirmed that he is not a member of the LGBT+ community, following what can only be described as a bizarre moment in television history when he accidentally “come out” during a live interview.

Eric Trump’s clarification came after a Fox News interview where he attempted to convince viewers that his father had a lot of support from the LGBT+ community.

Following confusion on social media and Eric Trump’s Wikipedia page temporarily being updated to say: “On September 29, 2020, Eric came out as a member of the LGBT community,” Eric has since confirmed that he “misspoke.”

“To clarify, many of our close friends are part of the LGBT community, which was the intent of my statement — the left has taken that vote for granted for a long time and support from the gay community for my father is incredible,” Eric confirmed to the New York Post.

Eric then also stated that he is not bisexual and added: “As to me personally, as I think you know, I am a happily married man to my wife, Lara.”