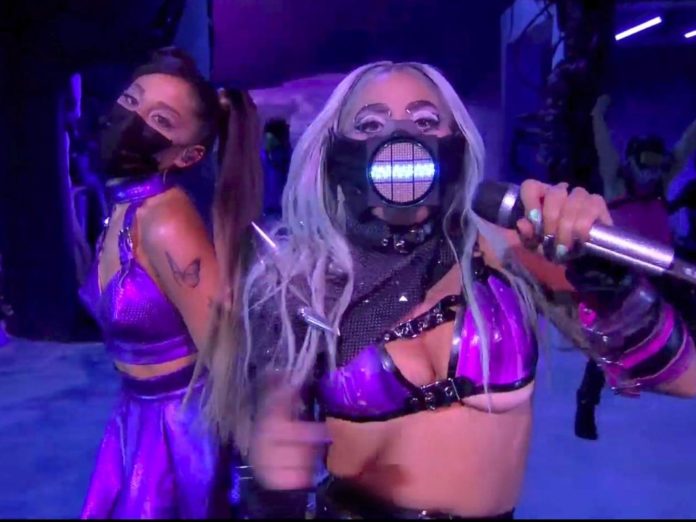 For the first time, Lady Gaga and Ariana Grande have performed their hit duet Rain On Me, during the first fully-virtual MTV Video Music Awards.

Donning face coverings, Gaga and Grande delivered the performance live together for the first time with a performance that’s being described as iconic.

The performance starts off Showing Gaga, snug in a Chromatica throw blanket and wearing a COVID appropriate LED face mask, staring at an old-school television watching a 1999 performance by Britney Spears and N*Sync.

Before the Britney performance can begin, Gaga throws off the blanket before sliding down a pole into a room of mannequins before a dancer reveals she’s on the VMA stage in New York City.

Launching into “911” Gaga soon leaps into “Rain On Me” and Grande appears on the stage, wearing a black silk mask.

Watch the full performance on express below: