Green Party MP Jan Logie, responds to Michael Stevens’ opinion and tells us why she believes we need a Rainbow Office in parliament.

I have advocated for a Rainbow office in government – a voice for our communities and our needs – for a very long time. We’re a significant proportion of the community – probably more significant than anyone knows because one of the problems is we don’t have good data about ourselves! – but unlike many other groups, like Women, Pacific Peoples and Seniors, we don’t have a direct channel for representation in government decisions.

I appreciate Michael Stevens’ thoughts on the creation of an Office for Rainbow Communities, which is Green Party policy. Every policy benefits from open and frank discussion. But in that spirit, I have to say that he seems to fundamentally misunderstand how a Ministry – or Office – would function.

The thing is Ministers don’t pick public servants. It’s actually really important for the independence of our public service that those hiring decisions aren’t made by politicians, precisely so we can make sure government gets the best, most well-informed advice possible to guide their policies.

And for a Ministry (or Office) to be sustainable, of course, it has to have political neutrality – so whoever is leading the government (Labour-Greens next time, I hope!) can have confidence in that policy advice.

Michael points out that our community are in every part of society. But women are in every part of society, and women are also incredibly diverse – yet we have a single Ministry for Women that ensures a gender analysis; sometimes broad sometimes focused on the issues for a specific group of women. The Office for Disability Issues likewise represents a community who are incredibly diverse, but who do have shared interests around accessibility, participation, and legal and social equality. There’s plenty of precedents!

What really troubles me, though, is Michael’s assertion that there’s no more “meaty” work to do for our Rainbow whānau.

Just this year the Human Rights Commission released the PRISM report, which identified many areas where we are lagging behind.

Our rangatahi aren’t safe at school. Our working lives still involve hiding who we are or who we love for fear of losing jobs and opportunities.

We’re more likely to be the victims of crime and less likely to report it to the police. Our young people are far more likely to suffer depression or consider, or attempt, suicide.

Government data collection doesn’t reflect us – and that’s what the government uses to make decisions that affect us. Our trans, intersex and nonbinary whānau still face barriers to getting identification documents that reflect who they are, and without them, they face a much higher risk of violence and discrimination.

And in May, the Youth Sector Rainbow Collective, among other concerns, highlighted the lack of specific funding allocated to rainbow communities in the 2020 Rebuilding Together Budget – something a dedicated office focused on Rainbow issues would have been able to influence.

And on top of this, we have a huge amount of work to do in acknowledging the intersectional oppressions many people in our communities experience. The obstacles I face as a well-off cis Pākehā lesbian are not the same as those experienced by those who are Māori, Pasifika, migrants, trans, non-binary, those who are younger or working-class or living with disability or illness.

An office won’t magically solve all the problems but it will build capacity within government – for example, increase the chances that the aged care strategy reflects the concerns of Rainbow seniors. It would provide a central point of contact for all of our communities, and relieve some pressure from rainbow staff across government who are often expected to do this work on top of their actual job.

Government Offices can progress legislative and policy agendas but they also build social cohesion, ensuring marginalized communities have links into government. There’s still a role for that even when the nirvana of equality has been achieved.

Like Michael, I celebrate the achievements we have made – but we absolutely should be visible across every part of government. That’s why – like women, Māori, ethnic communities, Pacific Peoples, disabled people, seniors, children and youth already have, there should be a centre of expertise and policy development that has the resources and authority to keep our people on the agenda. A Rainbow Office. 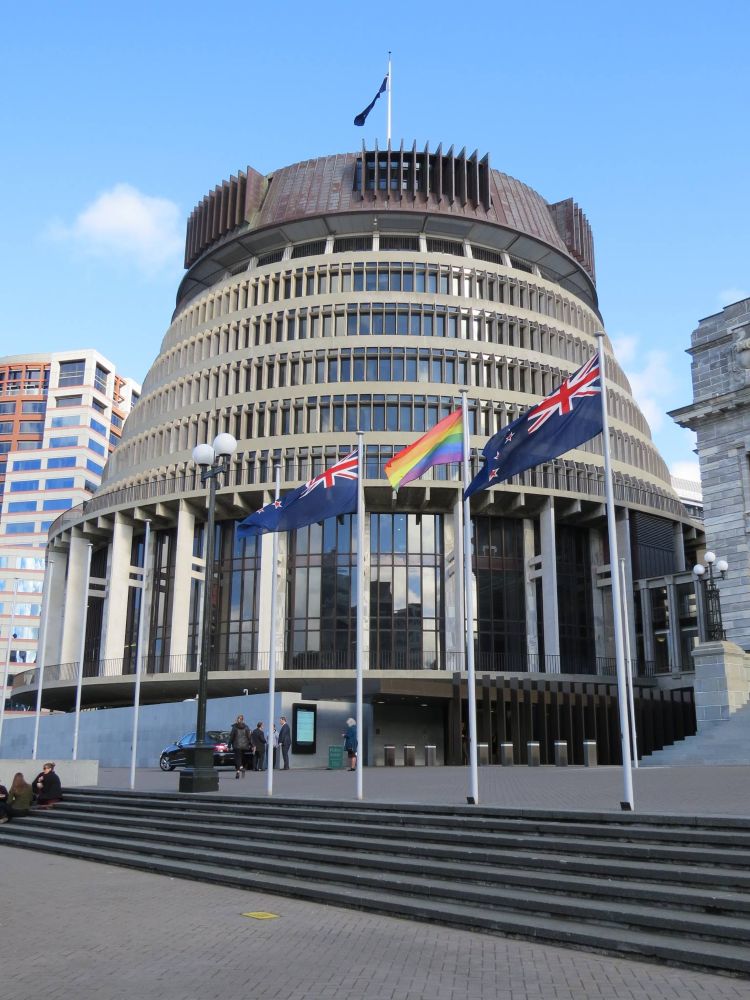 Jan Logie is a Green MP and the spokesperson for Rainbow Issues.