Start your engines Aotearoa and may the best queen win!

10 queens from across Australia (7) and New Zealand (3) with the most charisma, uniqueness, nerve and talent have been selected to compete in the first ever RuPaul’s Drag Race Down Under. The fierce and fabulous queens sashaying onto the world stage of RuPaul’s Drag Race are:

The series will see the queens serving high fashion realness, mini and maxi challenges, shady and heartfelt moments in the workroom, and of course, the all-important lip-sync for your life battles.

Three queens will represent Aotearoa in this trans-Tasman series, as the first Kiwis to compete on Drag Race worldwide! 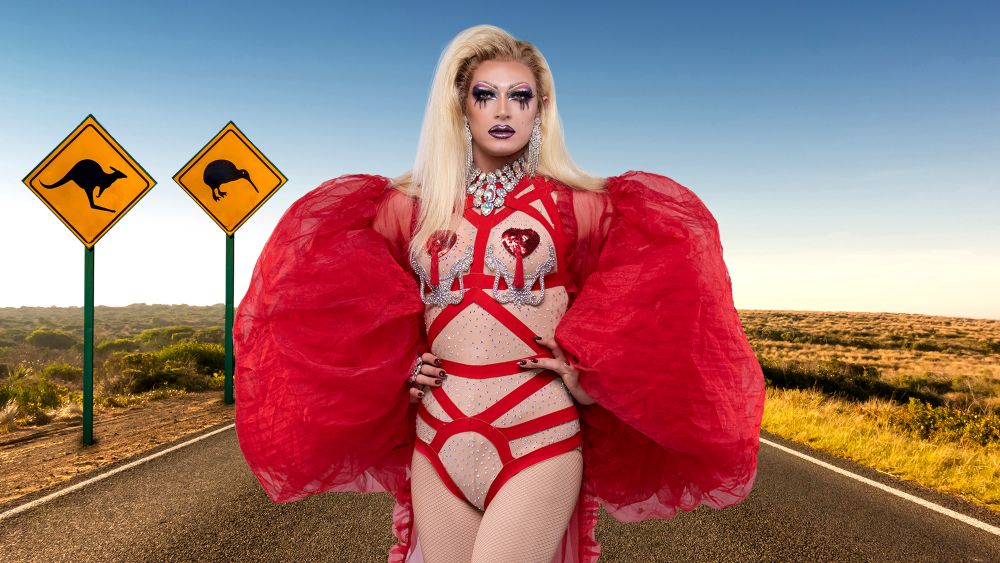 “For years we’ve watched with envy as RuPaul has launched the careers of so many talented queens. And now I get the amazing opportunity to showcase my drag on this huge platform. I’m so excited for the world to see what they’ve been missing down under,” Elektra Shock tells us! “RuPaul’s Drag Race Down Under is going to be OUTRAGEOUSLY CAMP!” Assures Kita Mean. “Being handpicked to take part in something so fabulous is a huge honour. I can’t wait to bring my unique brand of effervescence to the party and show the world what the Ru girls down under have to offer!”

But to take the crown Kita will have to compete against her business partner and House of Drag co-host Anita Wigl’it! “Being on RuPaul’s Drag Race is an absolute dream come true. I can’t wait to show the world how sassy, sexy and stupid I am. Bring on those challenges, hilarious moments and heavenly pit crew!” Anita Wigl’it gushes.

The eight-part series will premiere later this year on TVNZ OnDemand and be hosted by RuPaul, with Drag Race veteran Michelle Visage and award-winning comedian Rhys Nicholson on the main judging panel.

RuPaul’s Drag Race Down Under will premiere on TVNZ OnDemand in 2021.