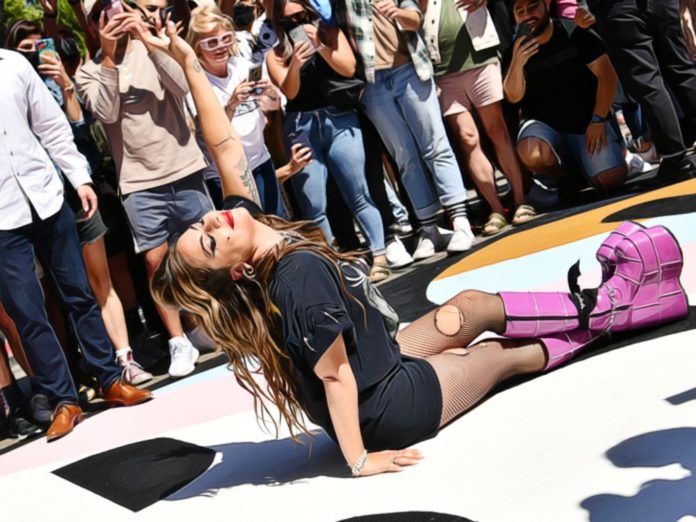 Marking 10 years since the release of Lady Gaga’s iconic album Born This Way, The City of West Hollywood has officially declared May 23rd as “Born This Way Day”.

Celebrating the 10 year anniversary with a street painting on Robertson Blvd in tribute to the LGBTQIA+ community and the album, the cities Mayor, Horvath also presented a Key to the City to Lady Gaga adding, “Thank you for encouraging us to love ourselves and be proud!”

“Born This Way Day” which also coincides with the Pride season in West Hollywood follows Harvey Milk Day on May 22nd.

Born This Way shattered records around the world, and to date, has more than 5.8 billion global streams, 5.2 million physical albums sold, and 31 million digital tracks sold.

Born This Way was Lady Gaga’s first #1 album and it debuted at #1 in 25 countries. It was named one of Rolling Stone’s 500 Greatest Albums of All Time and is Certified 4X Platinum in the U.S.

The Haus of Gaga has put together a series of surprises that will be rolled out over the next month to celebrate 10 years of the album, the community of fans around the world, and of course Lady Gaga herself.

The anniversary celebration will include a very special collection of tracks from the album reimagined by prominent artists from the LGBTQIA+ community and allies, as well as various partnerships, products, and merchandise that will be announced shortly. In addition, the Born This Way Foundation is working closely with New York and Youth Pride, sending goods and monetary donations along with notes of kindness to LGBTQIA+ centres across the United States to assist in their Pride celebrations.