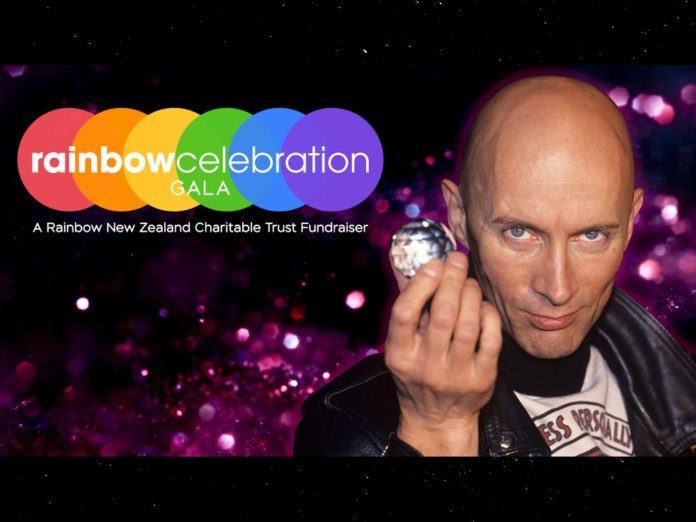 Screen and stage legend Richard O’Brien – best known for his starring role as the iconic character of Riff Raff in the film adaptation of The Rocky Horror Picture Show, has been announced as the guest of honour at the Rainbow Celebration Gala 2021.

The Rainbow New Zealand Charitable Trust’s not to be missed fundraising event – which has become a highlight of Aotearoa’s rainbow community calendar, will take place at one of Auckland’s most elegant venues, The Great Room, at the Five-Star Cordis Auckland Hotel on July 31st.

O’Brien who not only starred in but also co-wrote one of the world’s most beloved musicals, the Rocky Horror Show, has also diverse working on dozens of television series and movies including Robin of Sherwood, Ever After and even Spice World, he also hosted the hit game show The Crystal Maze in the United Kingdom.

Now a citizen of New Zealand, Richard has traded the sound of applause on London’s West
End for the sound of tui’s in Aotearoa’s Bay of Plenty.

As has become tradition, the iconic gala auction will also be taking place, offering a range of stunning items and experiences that this event has come to be known for, as well as non-stop entertainment throughout the night, including a live band and performances from some of Aotearoa’s most delicious drag divas – All of this while enjoying a stunning three-course meal.

A special encore performance of the amazing Auckland Pride Festival flagship event, Night of the Queer will also take place.

Tickets are on sale NOW – Different ticketing packages are available including an exclusive VIP meet and greet experience with Richard himself.