Today marks the 35th anniversary of the passing of the Homosexual Law Reform Act in New Zealand.  Historian Gareth Watkins looks back at the lead-up to the bill’s passing and how key New Zealanders have reflected on it since.

The legislation was introduced in March 1985 as a private member’s bill and championed by Labour MP Fran Wilde.   It took 16-months of impassioned debate – both in parliament and throughout the country.

In a conscience vote, MPs voted Yes (49-to-44) to decriminalize consensual homosexual activity.  But they voted No to anti-discrimination measures, allowing for discrimination based on a person’s sexual orientation to legally continue.

“In effect, the Bill is saying that we will accept homosexuality without question, promote it, and worst of all, if the age of sixteen remains intact, then we will inflict it upon young people… It could well lead to gay bars, gay massage parlours, gay churches, gay marriages between men… and gay people adopting children.”

MP Geoff Braybrooke, a strident opponent of law reform, in 1985.

“When the Bill was introduced [only] nineteen MPs would have voted for its third reading…we had to get the other [MPs] over the line by getting their communities to say yes, it’s okay to vote for the Bill, which is what they did.”

“We want the palagi people involved in this campaign to realise that there is life after homosexual law form… As Maori and Pacific lesbians, we’d like to see some of that energy directed towards our issues, such as Maori self-determination and … fighting for our rights as people in the Pacific.”

Activist Elizabeth Kerekere, interviewed in 2015 for the 30th anniversary of law reform.

Attributed to Keith Hay (of Keith Hay Homes), one of the main organisers of the nationwide petition against law reform in 1985. The petition was also heavily promoted by the Salvation Army.

“Legalising sodomy is the thin edge of the wedge and it’s going to destabilise the family unit, destroy this nation and democracy.”

“All they could talk about was sex …and we were talking about relationships and love and the ability for people to lead normal lives.”

“We do not want homosexuality legalised. We do not want our children to be contaminated by this. Turn around and look at them… gaze upon them, you’re looking into hades. Don’t look too long or you might catch AIDS.”

“Norm [Jones] would be turning in his grave.”

Fran Wilde after seeing the rainbow flag flying for the first time ever on the forecourt of Parliament in 2016.

“It was a hard-fought debate, but so critical in the fight for human rights, for dignity, for equality for every human being in New Zealand.”

“I wouldn’t be here as a Member of Parliament if it wasn’t for Fran Wilde.”

“Today we are putting on the record that [Parliament] deeply regrets the hurt and stigma suffered by the many hundreds of New Zealand men who were turned into criminals by a law that was profoundly wrong, and for that, we are sorry.” 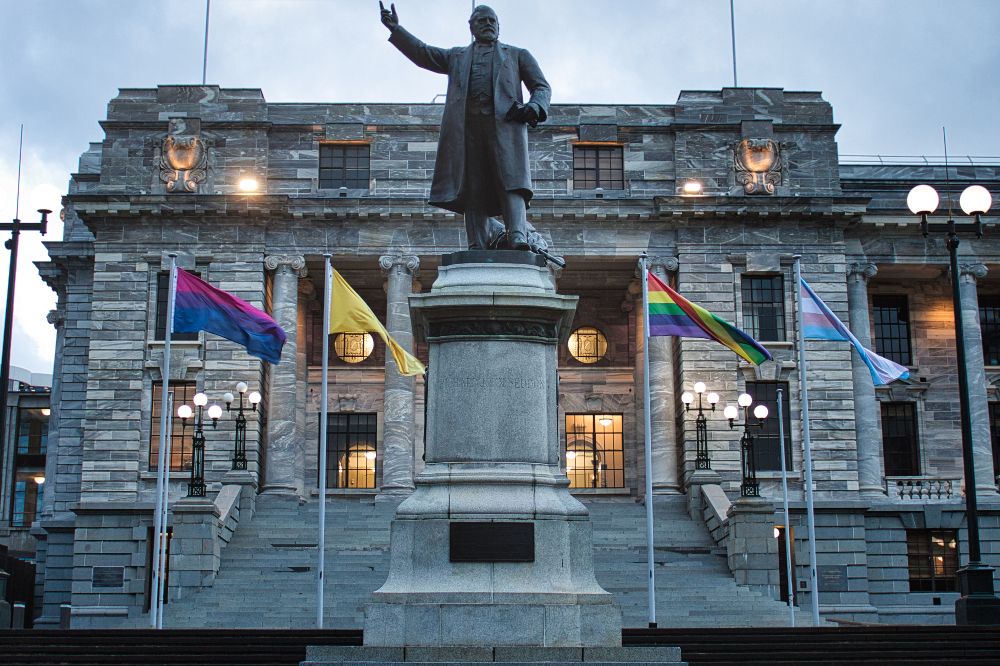