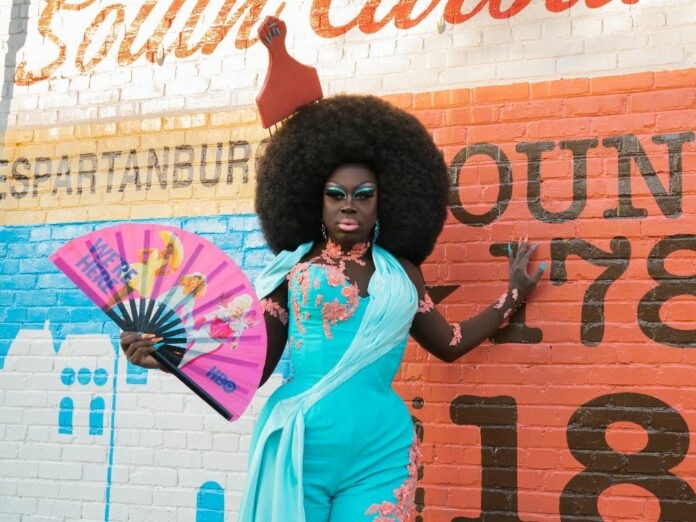 To celebrate the second season of her hit NEON show We’re Here, Bob The Drag Queen talks to Oliver Hall about transphobia, racism and her love of the New Zealand accent.

To celebrate the new season of We’re Here starting on NEON, express was invited to join a round table Zoom interview where international media got to meet Drag Race legend, Bob The Drag Queen.

“I think the word pansexual is not fully understood in a lot of spaces,” admits Bob, who has both cis and trans boyfriends.

“Some people think of it as just bisexual. And they’re not exclusive, but language changes over time and I think one was produced to be a more inclusive version of the other.”

In the bar and nightclub spaces that Bob often works in, she admits she has heard and still hears a lot of anti-pan and bi-phobic rhetoric.

“There is a lot of phobia in the queer community especially amongst cis-gay guys about the body parts of AFAB (assigned female at birth) people. I hear it a lot, people talking about how they hate vaginas and how gross they are, and a lot of spaces will actively encourage that kind of rhetoric and language. I even used to be part of that problem because I used to think it was funny, and it wasn’t until I began to understand and confront my own transphobia and misogyny, that I realised it was an issue.”

This is just one of the examples of why Bob thinks shows like We’re Here are so important, because “it’s about amplifying queer voices and giving them a platform.” 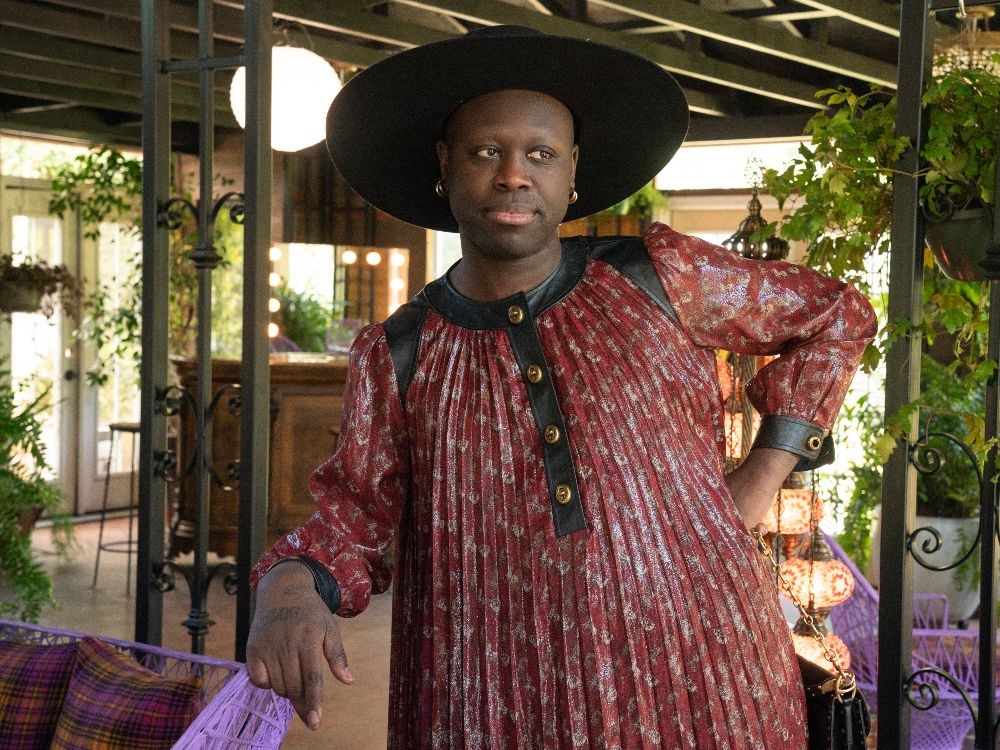 The show follows RuPaul’s Drag Race alumni, Eureka, Shangela and Bob as they tour small US towns (often rural and Bible-belt) meeting members of the queer community, putting them in drag for the first time and performing with them for the neighbourhood.

“We’re literally showing people – we’re here! No matter where you go, I can promise you there are queer people there.”

The show’s award-winning first season was cut short halfway through episode six by the coronavirus outbreak in America. “It wasn’t just leaving an episode,” says Bob, reflecting on the time, “but all the anxiety around where the world was heading!”

The poignant season includes a visit to Selma, Alabama, where Bob says she heard, “a lot of black trauma,” when meeting impactful people like the foot soldiers of Bloody Sunday.

At this point, a journalist from Brazil points out that every year his country each year has the worst numbers of reported deaths of trans women of colour, and asks how shows like We’re Here can help?

“A big part of moving the needle forward for protecting our most vulnerable population is exposure. A lot of people, don’t know a trans person, especially a black trans woman,” replies Bob who draws attention to a particular episode that focuses on the ‘Down Low’ (DL) scene. “This is a really huge threat to black trans women around the world – men who are ashamed of their own behaviour [being attracted to] black trans people.”

The DL scene is notorious for violence being perpetrated towards trans women, but in an inspiring episode, the girls meet Derek who shares his story of being DL and moving beyond his shame and fear. “It’s really touching,” Bob tells us.

Bob was only the second African-American drag queen (after RuPaul) to reach one million followers on Instagram. With a score of non-black drag queens with more followers, many fans feel this highlights a racist bias prevalent in drag fandom. Bob is not surprised. 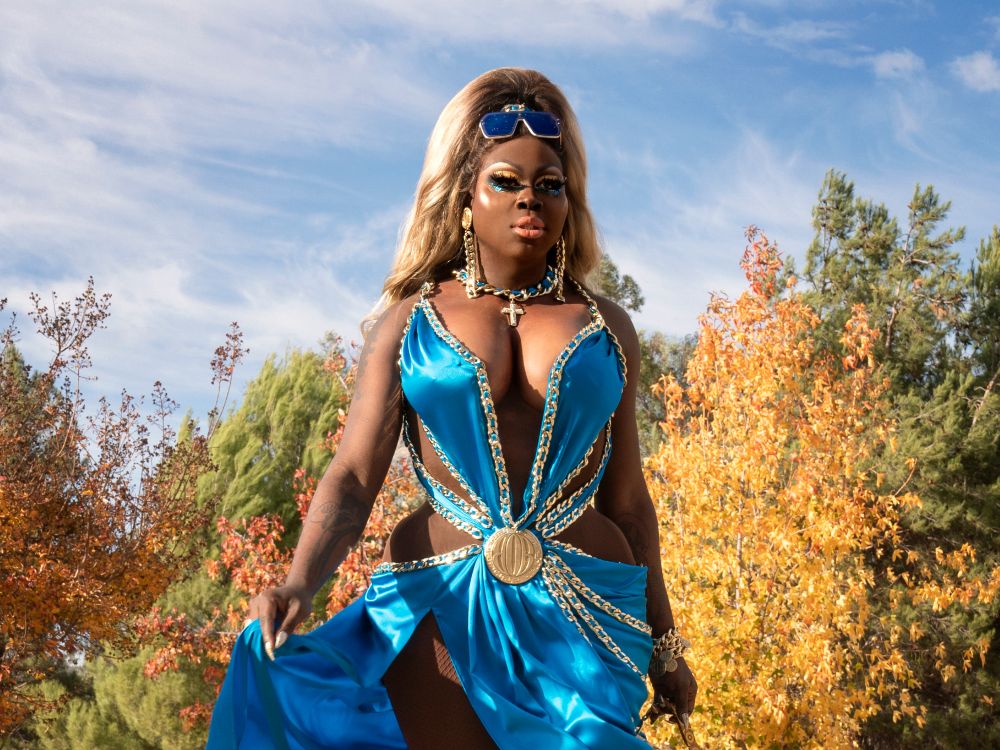 “It is hopeful and wishful to think we could live in a world where the drag community would just accept everyone, but a lot of that bias can be implicit. If you’re a young skinny white kid and you see Aquaria on TV – perhaps you attach more to her than you do, LaTrice Royal who is a fat 50-year-old black man. There’s more of a connection with this twink who you think looks like you, or how you want to look like.”

For the small-town residents who the We’re Here queens turn into their drag children each episode, doing drag for the first time becomes a type of therapy as they share the traumas and hardships they have faced.

“Drag allows you to be yourself by embodying a different part of yourself if that makes sense. You have access to more of yourself, perhaps a part you didn’t even know existed, because of the armour. You feel more protected and that can have a positive impact on people’s sense of self,” summarises Bob eloquently.

As our time begins to wrap up, Bob asks the journalists where everyone is from. Belgium, Poland and Spain are all listed but Bob ignores these, the second New Zealand is mentioned.

“Years ago I was part of a travelling theatre troupe that was based out of NZ but came to America to teach kids about the body and conditions like diabetes. I was part of their play about epilepsy, but people from NZ say ‘eepeleepsy’,” she informs me!

“So they were teaching all kids and said right can you all say ‘eepeleepsy’ and the kids are like ‘eepeleepsy’ and they’re like, “great that’s perfect,” but most of these kids had never heard the word before and I think some of them would have got to adulthood and still be telling people ‘I think he’s eepeleeptic’!”

We’re Here Season’s 1 and 2 can be streamed on NEON.