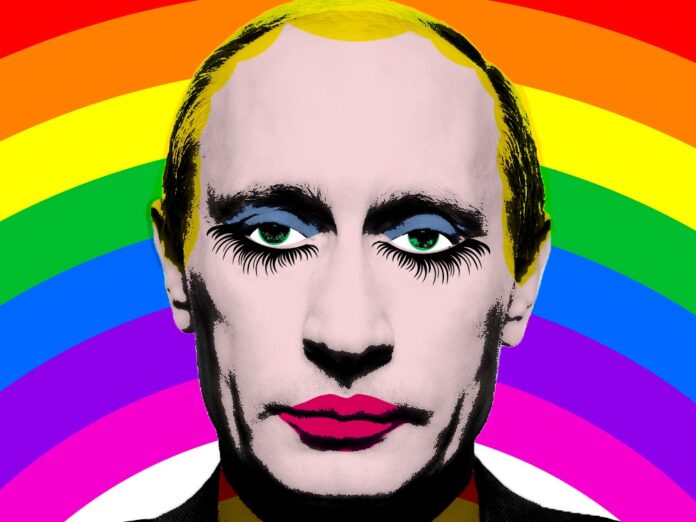 LGBTQ+ activists across social media are calling for followers to share an image of Russian President Vladimir Putin in drag to showcase support for Ukraine and their rainbow community amid the invasion of their nation.

The image, which has been banned in Russia since 2017, reportedly makes Putin furious and was called “extremist” by the country’s justice ministry.

The banning of the image followed Russia’s passing of a series of controversial laws against homosexuality, including formally banning gay marriage in 2021 and a 2013 law titled “propaganda of nontraditional sexual relations,” or “gay propaganda” law as its commonly known.

With the world watching on in horror as Putin sends more and more of his military into Ukraine, intending to topple its democratically elected government, LGBTQ+ rights groups are quick to highlight the additional risk for queer Ukrainians who have seen substantial progress in recent years.

Speaking with CBS News, Iulia, an 18-year-old law student, explained, “That would mean a direct threat to me and especially, well, to me and to the person I love.”

“In Russia, LGBTQ people are persecuted,” she said. “If we imagine that Russia occupies all of the Ukraine or just a big part of the country, they won’t allow us to exist peacefully and to fight for our rights as we are able to do that in Ukraine right now.”