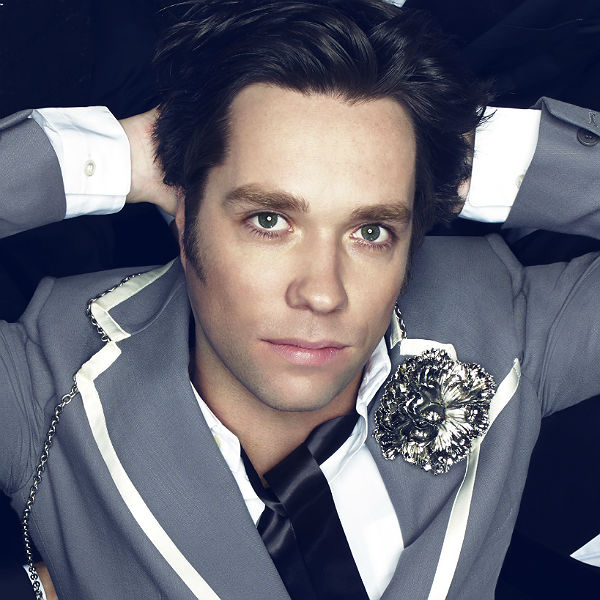 Rufus Wainwright caught up with express to discuss his up and coming visit to NZ to play Womad, his wild party days and happy family life.

Hi Rufus, how are you?

I’m good. My feet are cold.

Where abouts are you?

I’m in New York. It’s freezing – and I’m excited to come to your side of the world.

Yes. I’ve been twice before.

Did you get to do any sight seeing?

I went to Karekare beach, where the Piano was filmed. I also drove myself up to Wellington from Christchurch by myself. It was beautiful.

Was that an inspiring trip for song writing?

It was actually one of the most amazing experiences of my life because my mother had died not long before. I was at the end of my tour and pretty depressed and I had this chance to drive. My band all flew up, so I drove myself and just cried the whole time. (laughs) I cried for a straight eight hours.

It was the best!

Will you get a chance to see some more of NZ this time around?

I’m not there for terribly long so I won’t see much, but I have heard the location where I’m playing (New Plymouth) is pretty spectacular so I’m looking forward to that?

For our readers who have never seen you live before – what can we expect from your performance at Womad?

I’m coming solo. I’m also bringing my younger sister Lucy Wainwright Rose, she’s incredible and we’ll be doing stuff together… because it’s a Rufus Wainwright show you can expect some shenanigans along the way – which I can’t give too much away about – but it’s a lot of fun and a few tears here and there.

So you’re not bringing a band?

I’m without a band. I’ll be playing guitar and piano – it’ll be Rufus in the raw!

Is it a greatest hits set?

I wish it was ‘greatest hits’ it’s more ‘best of’ (laughs). I tend to be a very organic artist. I like to play pretty loose, so you might also here something I’m working on, or something I haven’t performed for a long time and wanted to dust off.

One of the things that inspires me most about you personally is how you did a mid-thirties switch from being a wild partying gay man to transitioning into settled married father – is that a fair assessment and was it a difficult transition?

What I believe in is a kind of Hindu approach to the whole thing, being that you don’t really change from one person into another, but as you grow older you develop all these different aspects and become a multitude of people. At this point in my life my husband ‘mask’ and father ‘crown’ are dominant. But there’s always that little sweet boy in me that I love as well. So I think it’s more about becoming a fuller and more diverse human than changing from one thing into another.

Well some people get away with it and some people don’t. The more dramatic and intense experiences in life are the ones that deal with reality ie: having children or being married or trying to be an adult in someway. I’m not saying you have to do those things, but it is definitely the bigger experiences in life that are the most rewarding, and I don’t think you can really call clubbing one of the ‘bigger’ experiences.

So it wasn’t a conscious decision to close the door on your party days and focus on those bigger experiences?

It was more gradual. If I claimed that the door had closed on that part of my life, I think that would be when I was in need of the most help, because anything can turn on a dime… I don’t like to get too comfortable in any situation. If I say I will never have another wild night out in my life, then I will end up doing it. I think saying, ‘I don’t know what’s gonna happen’ is much healthier.

One story intrigued me most from your partying days was hearing that you’d partied hard with George Bush’s daughter Barbara at one stage – can you tell us about that?

Well it was a couple of nights… We were it the same tunnel of insanity that is New York. I don’t actually know her that well but I do know a few of the other Bush’s and I will say that even though I hate there politics, that being said, they are very charming and attractive and when you hang out with them you can see why they’re successful because they’ve got it, whatever it is. It makes for a good night out!

You’ve struggled with drug addiction and come out the other end. What would your advice be to other addicts?

My advice is if you think you need to go to treatment. Then go to treatment. It’s the best thing you can do. It doesn’t mean you have to be sober for the rest of you life. It’s not a sentence. It shouldn’t be about shame. It’s a very positive step where you can forget about the rest of the world and just focus on yourself and get professional help. There are people out there that can and want to help you, so go out there and get it.

Do you regret that time or has it made you who you are?

I don’t regret it at all. I very much feel its part of the story. Every single thing that happened in my life was meant to happen. Even the death of my mother which in my opinion happened far too early, but there has been certain enlightenments that have come from that, so I feel unless you’re talking about the holocaust, most things are meant to happen.

Can you give us examples of how you’ve felt enlightened since your mother’s passing?

My mother was my life. I was probably overly devoted to her. We were devoted to each other. So when she went I was of course devastated. And I really had to fend for myself and become a real adult.

When and where did you meet your husband and how did you know he was the one?

I met him about ten years ago. We had a year long courtship… and I knew he was the one for me because he didn’t get on my nerves after about a day! Most guys I needed to get surgically removed after two days…

Did you meet in Germany? (His husband Jorn Weisbrodt is German.)

How do you think the legalisation of marriage is changing the gay community?

Tremendously. It changed me of course. I started off being very anti-gay marriage – I felt it was necessary to be forever wildly lost in the aether, but I changed my mind and I now I know the benefits of that shift. I think it’s a fascinating how much it’s changed the world, not just the gay community, but the whole world!

Rufus Wainwright will play Womad – The World’s Festival in Taranaki from Friday 13 to Sunday 15 March. Tickets available through www.womad.co.nz.