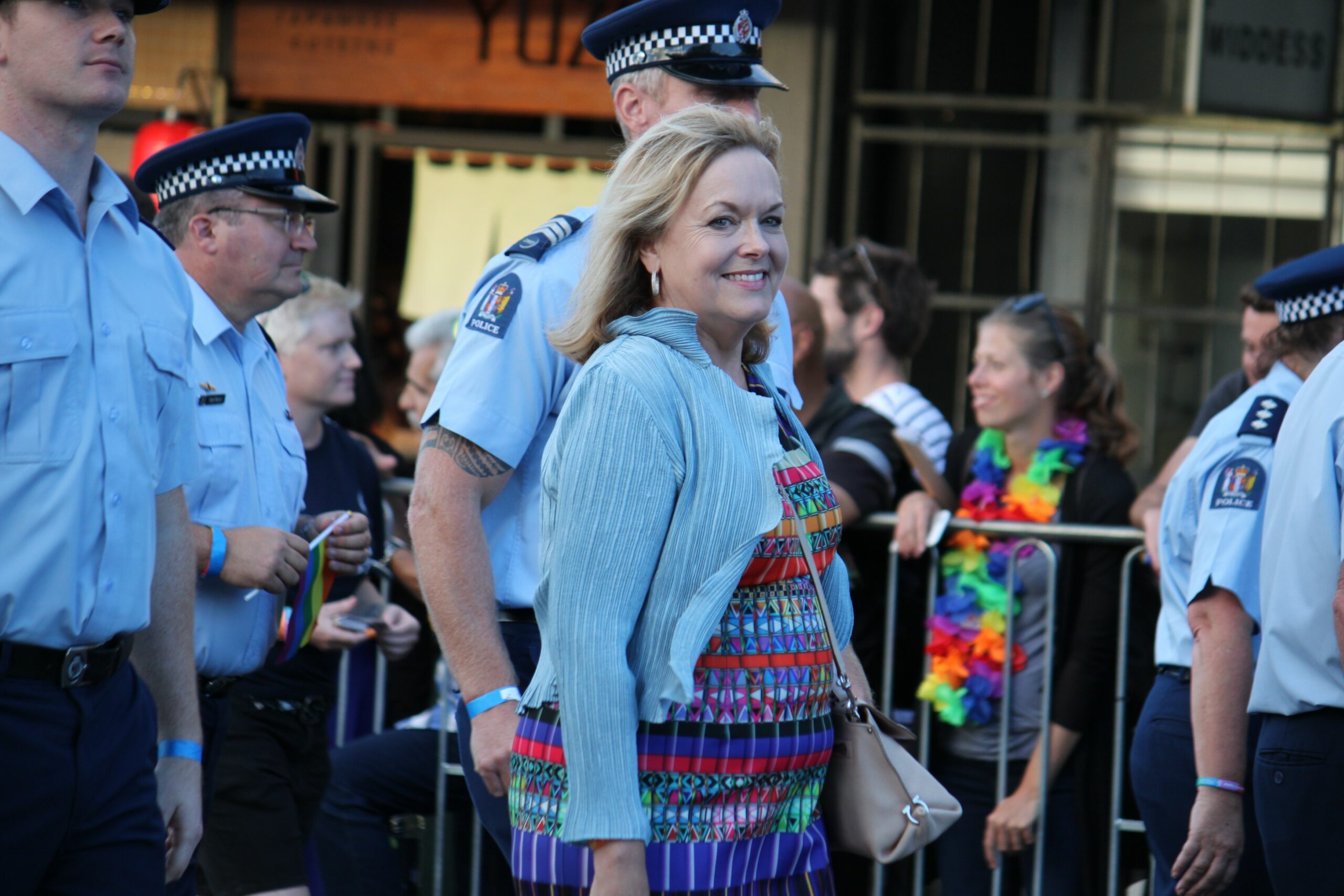 For the second year in a row, protesters have chosen the Auckland Pride Parade as a site of protest.

During the 20th February celebrations, three groups of protesters halted the parade in protest against the Police and the Department of Corrections being allowed to march in uniform. This year, the police were led by Minister of Corrections and Police, Judith Collins. The uniform-clad group have been reported to have said “we are going to keep going” upon coming face to face with the protesters. However, larger floats were hindered.

Shouting slogans such as “The Police are violent, we won’t be silent,” the protest groups halted the parade for almost half an hour.

The protesters were members of a No Pride In Prison’s anti-Pride rally happening concurrently on Karangahape Road.

Accounting for the near 500 protesters attending the K’ Road march, support for NPIP has increased since last year when the Pride Parade was interrupted by a much smaller number of protesters.

The substantial police presence during the Parade remained strong against the protesters. It is clear that authorities were expecting intervention by No Pride In Prisons and increased the number of offices patrolling the parade.

Although hindering the parade, the protest was largely peaceful save a few colourful slogans.

A parade goer spoke to express about the slow moving parade which eventually came to a complete stop. When asked what they thought about the protest, they responded with mixed feelings. “I understand their argument” said the female, who was attending the festival with her female partner and son, “but stopping the parade just prevents all of us who came here today from being about to celebrate our pride”. The parade goer had come from Hamilton to attend the Parade.

It was clear from conversations between more parade watchers that opinions are varied on the protest, and of NPIP as an organisation.

In spite of the protest, the 2016 Auckland Pride Festival remained a show case of many of New Zealand’s GLBT and GLBT-supportive organisations.