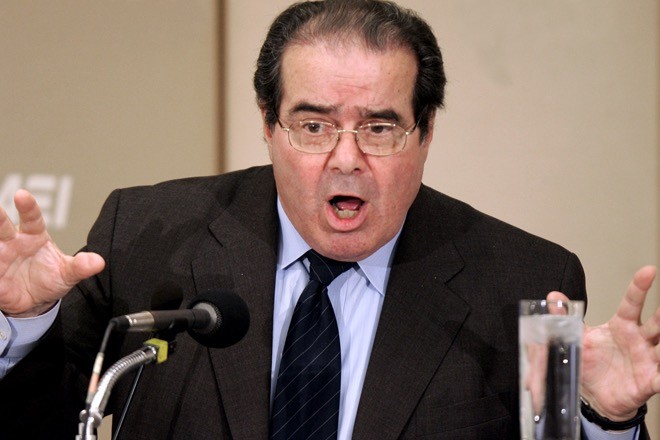 The passing of Antonin Scalia now allows US President Barack Obama to appoint a progressive judge to America’s highest court.

Antonin Scalia was found dead age 79 at a Texas Ranch.

Over the course of his thirty years on the bench, Scalia demonstrated an anti GLBT rights record, voting in favor of sodomy laws banning gay sex and opposed both marriage equality and laws protecting GLBT people from discrimination.

In all cases, Scalia’s views were in the minority. In 2003, Scalia wrote a dissenting opinion in favour of upholding anti gay sex laws still on the books in Texas.

Scalia argued the state’s sodomy ban was constitutional because of the view held by some that homosexuality was “immoral”.

“They view this as protecting themselves and their families from a lifestyle that they believe to be immoral and destructive.”

In a New Yorker interview from 2013, gay rights activist Richard Socarides asked Scalia what he thought his legacy on gay issues would be after he was gone.

“Frankly, I don’t care,” he responded. “Maybe the world is spinning toward a wider acceptance of homosexual rights, and here’s Scalia, standing athwart it. At least standing athwart it as a constitutional entitlement. But I have never been custodian of my legacy. When I’m dead and gone, I’ll either be sublimely happy or terribly unhappy.”

Scalia also wrote a dissenting view in 2015 when the court ruled in favour of same sex marriage.

Scalia’s death now means liberals are expected to hold the balance of power in the US Supreme court pending confirmation of President Barack Obama’s choice of appointee.