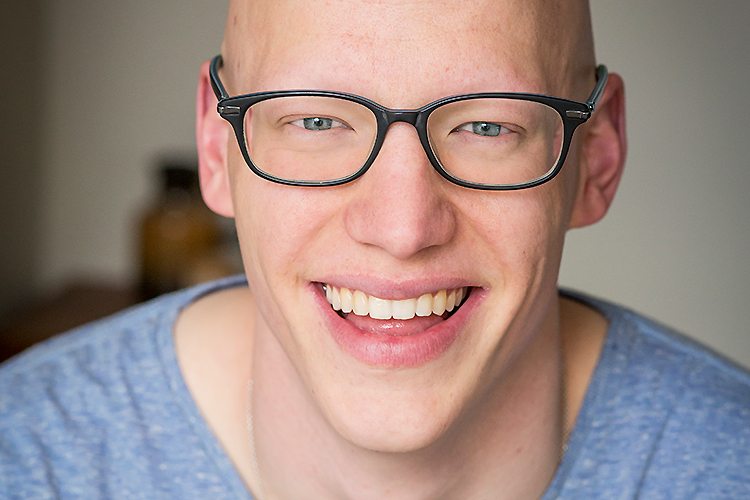 BOYS, adapted from Greg McGee’s Foreskin’s Lament, is our state of the nation play about masculinity. Using contemporary material ranging from the Chiefs ‘stripper scandal’ to Wellington College’s recent online incident, award-winning theatre-makers Eleanor Bishop and Julia Croft and a group of sixteen young people from Auckland take New Zealand’s iconic locker room play and ask “what has changed since 1980?” Or more importantly, “what hasn’t?”

express sat down with Todd Waters, actor within the show, to find out more about the play and what viewers can expect.

What do you think has/hasn’t changed since 1980 in regards to NZ’s iconic locker-room play?

Foreskin’s Lament, in my opinion, very clearly talks about what we have now identified, in this day and age, as toxic masculinity. Although, back then I think they just called it “being a classic Kiwi male”. The play comments on the primal relationship most men had in our country to rugby and how much their identity was created by their interactions with the sport. I think nowadays the claws of rugby grip less of our nation’s population so the negative effects of the sport are perhaps not as apparent. However, I can’t believe much has changed when the Chiefs stripper saga happened just last year. In saying that John Kirwan feels comfortable enough to talk about his depression publicly – so maybe we’re more okay with allowing men to have emotions these days, we just haven’t got up to speed on respecting women’s bodies? Awesome.

Homophobia as a part of toxic masculinity is talked about a lot, what are your thoughts on this?

Toxic masculinity is a hetero-normative construct that is a set of codified behaviours that ensures men act in the straightest, most “masculine” way possible. Ridiculing, mocking, and bullying queer people, making us less than, is part of this set of behaviours because to not do so might suggest you are queer yourself and then you’re not behaving in the “straightest, most masculine” way. Homophobia is an inherent part of toxic masculinity because homosexuality is in direct opposition to society’s construction of hetereo-normative masculinity. Of course I deplore it and don’t agree it with it at all, and of course we should talk about it.

In terms of being gay/coming out, do you think it is easier now in this day and age or harder?

The original play our meta-theatrical deconstruction is based off/within, Foreskin’s Lament, was published in 1981 – homosexuality was against the law in New Zealand till 1986. So, in this day and age I’m not breaking the law just being who I am, in this country anyway, which is a treat – cue eye roll. Other than that I can’t say, everybody has their own individual experience of their sexuality/coming out, and there are members of the queer community that have far less privilege than I.

In the play, the rugby team makes fun of the gay character. What do you feel is the importance of showcasing this?

I think it highlights that rugby, by valuing a certain type of masculinity, breeds homophobia. I think it’s very difficult to be in the environment of a rugby team, or any male sporting team, and not feel the pressure to conform to an idea of masculinity that results in, whether consciously or unconsciously, homophobic behaviour and the objectification of women.  Exhibit A: Just the other week, All Black Lima Sopoaga made a “hah gayyyyyyyyyyye” comment on his teammate, Malakai Fekitoa’s Instagram post of Fekitoa being kissed by two other rugby players. Fekitoa had captioned the post “these two aren’t well” with a cry-laughing emoji. Case in point.

The alternative version you play of Larry, how do you think showing the difference of this character is important?

I think it shows how far we’ve come but also that we’ve a long way to go. Eleanor Bishop (the director) and I worked really hard to use the comparison of the two Larrys (then and now) to acknowledge the progress society has made with the acceptance of gay men in sport/straight male culture but also to gently point out they can’t rest on that progress. As my Larry says in the play “we’ve never had a proud gay All Black”. Why?

Do you feel supported by the community for being gay?

Any community I belong to supports me because otherwise I refuse to belong to it. A community by definition is supportive, is it not?

Have you faced any struggles in terms of getting roles?

Hahaha gurlfrand, I have alopecia. I can’t grow hair, no eyebrows or eyelashes. I’m 21 and completely bald. That stops me getting roles a lot more than who I sleep with. Would I like there to be more opportunities for every minority to be represented and a full spectrum of stories to be told in all forms of media and thus more work me? Hell yes! That’s why I have my own production company, The Others Club. Our goal is to put on work that honours diverse, minority driven stories.

What would be a piece of advice you could offer for those in the LGBT+ community who may be struggling to come to terms with being gay or letting those around them know?

All I have to say on this is that being LBGT+ is in direct opposition to a lot of societal messaging; messaging that can be overt or subliminal as hell. Being LGBT+ is a revolution, every single day. You’re revolting against a society that still tells you in many ways, shapes, and forms that what we are is wrong, or less than. Revolutions are not easy, history has taught us that. Therefore being coming to terms with being LGBT+/coming out can be a damn struggle; it’s sadly natural to feel this way.

Other than that, take care, and look after yourself. If you’re struggling to feel okay with your sexuality or aren’t ready to come out, that’s absolutely okay. You do you.

BOYS is held by the Auckland Theatre Company and runs as part of the HERE & NOW FESTIVAL, from 21 – 24 April at the ASB Waterfront Theatre.

Contains frequent use of strong language and themes of sexual violence. Discretion advised. Recommended for ages 15+