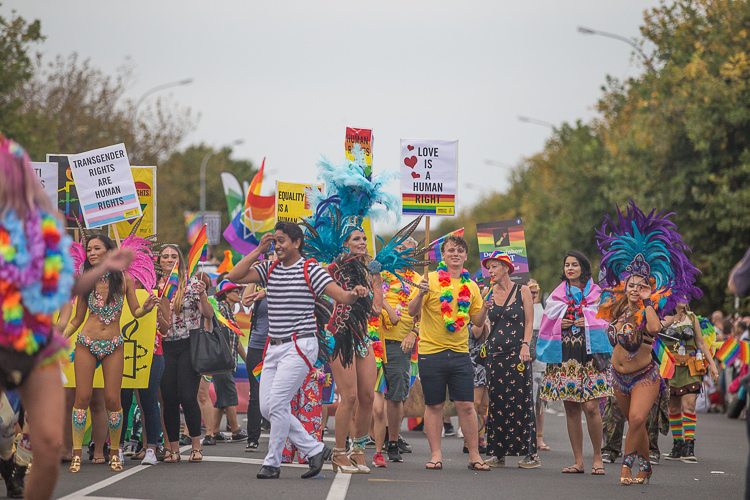 A hot and humid night wasn’t enough to stop the community from turning out in full force, with rainbow flags and glittery bodies lining the street.
As the sun set for the evening, the parade made its way from Three Lamps to Western Park, with between 25,000 and 30,000 people showing up to watch, it was the biggest yet.
The crowd roared as Prime Minister Jacinda Ardern made her way down the strip – while she’s no stranger to the event, she’s the first ever Prime Minister to walk in the parade.
Advertisement