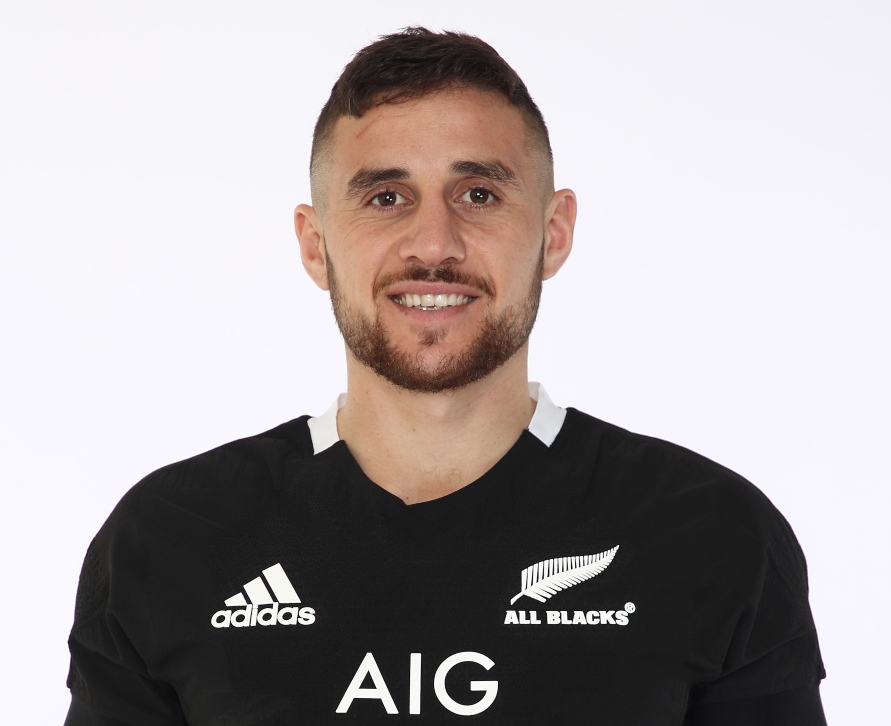 At the height of World Cup Fever, TJ Perenara talks to Oliver Hall about standing up for the rainbow community and the influence of Rugby on New Zealand. Go the All Blacks!

All Blacks Half-Back Thomas Tekanapu Rawakata (TJ) Perenara debuted for the team against England in 2014 and has been a crucial part of their success ever since. Hailing from Porirua, TJ is of Te Arawa and Ngati Rangitihi descent and for the last three years, has led the All Blacks in their pre-game haka.

Last year, following an Instagram post from Israel Folau that warned ‘homosexuals’, among others, that ‘Hell awaits you’ (in block capitals), Perenara turned to Twitter to make some well-considered statements that he had written with his sister:

‘I’d like to add my voice to the conversation currently taking place. As professional rugby players, whether we like it or not, we are role models for a lot of young people. Notably, young Māori and Pasifika people.’

‘You don’t need to look far to know that young Māori/PI are overrepresented in youth suicide statistics and, as I understand it, even more so when you look to those who are part of the Rainbow community. Comments that cause further harm cannot be tolerated.’

‘Let it go on record that I am 100% against the comments that were made by Israel. It was not ok to say that. It’s not an attitude I want to see in the game I love. There is no justification for such harmful comments.’

‘To anyone, young Māori/Pasifika people especially, who may be struggling with their identity – please know that it is ok to be you. You are perfect as you are. Do not let these comments keep you from being yourself. Polynesia has been sexually diverse since forever.’

The comments were applauded and TJ went on promote and donate to gay and inclusive rugby team The NZ Falcons’ Givealittle page helping them to get to the Bingham Cup, bucket collected for Rainbow Youth and InsideOUT and wore rainbow laces during his next game.

Over a year on, it is clear as he answers express’ questions that his inclusive view has not changed.

You tweeted messages of support to the LGBTQIA+ community in response to Israel Folau’s comments; What message did you hope this would send to your fans?
I hoped that it would send a loving and accepting message to everyone who identifies within the LGBTQIA+ community. I feel we are in a privileged position to play the game we love and with it comes a platform where we are often looked to as an example – whether we want to be or not. I wanted my message to empower the LGBTIA+ community, in particular, our youth, who need to know that there are people who support them.

Do you think most of your teammates share your inclusive attitude?
I can’t speak on behalf of anyone but myself, but I feel that they do.

Do you think the All Blacks are ready to have an openly gay player?
I don’t think that is a question for me. I feel that as a team and an organisation our job is to make sure that people from all communities feel comfortable enough to aspire to want to be an All Black, so I would hope that if anyone from the LGBTQIA+ community became an All Black, they would feel accepted and wanted in the environment.

Do you think an openly gay player would be supported by the fans and their peers?
Again, I cannot speak on behalf of anyone else but myself, but I would hope so.

What is a young person who is staying away from rugby because they are fearful of exclusionary attitudes, missing out on?
The game has given me some of my best friendships and memories. I know that can be achieved in other avenues but rugby is a vehicle I have used to gain these things. There are also some incredible LGBTQIA+ organisations and teams for anyone who wants a safe and inclusive environment to play footy.

What do you think rugby contributes to Kiwi culture?
I think that rugby brings together people in many different ways, not only on the field if you’re a player, a coach, a manager, a ref, etc, but also within our households. Traditions are formed through getting up and watching test matches, there are team colours displayed through households up and down the country. I think rugby is a cornerstone of many Kiwi families and that it brings us together.

-What is it about New Zealand that makes you most proud to represent the country on the pitch?
It is probably the fact that most young kiwi kids grow up aspiring to be an All Black, so being able to live not only my dream but the dream of many young Kiwis is pretty awesome.

-What do you miss most from home when you’re on tour?
Time with my wife (Greer), my dog and my family.

You can see TJ in action on Spark Sport and TVNZ 1, as the All Blacks have dates with Canada on Wednesday 2, Namibia on Sunday 6 and Italy on Saturday 16 October.

3 x Not That I’d Kiss A Girl novels