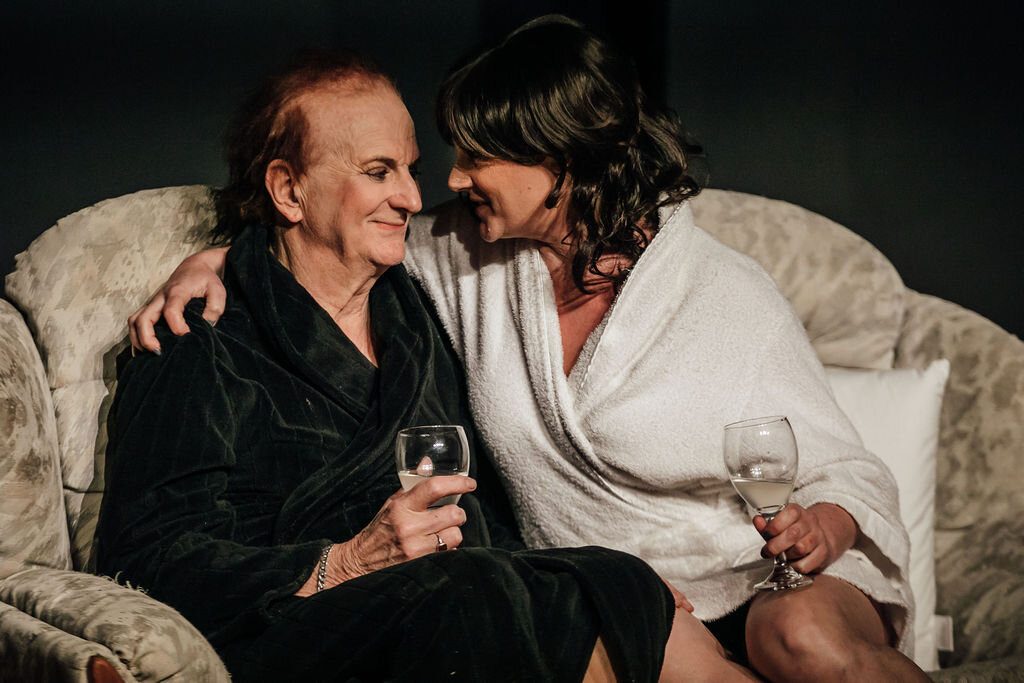 It was a Pride 2016 that many of us were introduced to the work of playwright Joanna Pearce with her pioneering trans musical People Like Us which featured a cast brimming with local talent including Cindy of Samoa, Ramon Te Wake, Luke Bird and Zakk D’Larte.

Three years on and Joanna storytelling has only gotten more personal. She recently presented theatrical double bill Never Say Never (about the experience of two women in London in World War II) and Testorstrogen (which focuses on the journey of a transwoman).

The night begins with a preview of the music from Joanna’s future production ‘Scream’. The tunes are catchy and get stuck in our heads all throughout the break. With a hint of the story already coming through with these lyrics, I’m excited to see the finished product when it comes out.

The first play in the double bill is told in just one act. ‘Never Say Never’, is the touching story of a lesbian couple in World War II with beautiful performances from Katie Fullard and Sally Brady.

Next up is the ‘main course’ ‘Testostrogen’, a deeply personal story that is combined with a and brave performance from the playwright herself.

The work tells the story of an older straight guy, Steve who changed from the hunting shooting fishing male to Stephanie. This transformation actually happens on stage! And consequently raises a litter of scenarios that Stephanie must navigate. How does her female partner, an MP, handle this? What happens when her boss finds out?

The story is so important and it is great to see a New Zealand perspective on the transgender journey. The Q&A at the end gave the audience a wonderful chance to learn from Joanna’s experiences and was very generous of her.