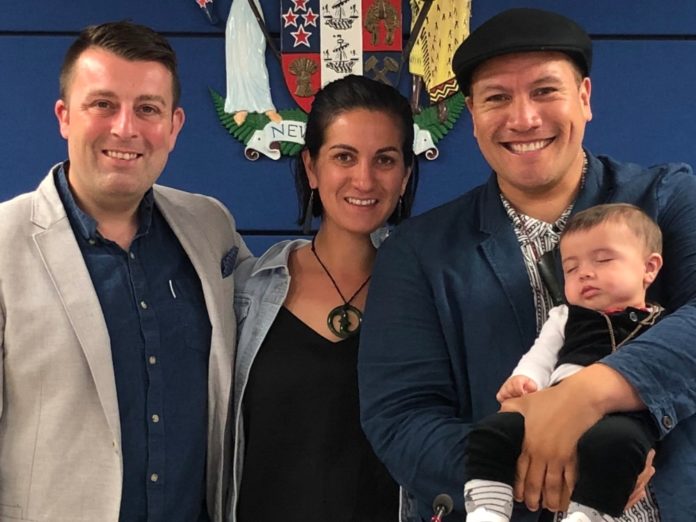 It was possibly gay dad and Instagrammer Christian Newman we have to thank for kickstarting surrogacy law reform in New Zealand. Christian organised a change.org petition of 30,000 signatures calling for a total overhaul of legislation. It was presented to MP’s including Tamati Coffey in September last year and came on the back of his own experience with husband Mark Edwards  – who battled for more than three years to conceive and then adopt their son, Frankie.

Coffey and fellow MP Louise Wall were listening. And for Coffey, the issue is also personal after he and his partner experienced the five-month wait to adopt their own biological son Tūtānekai. Just last week’s Coffey adoption was recognised and at the same time, he lodged a Member’s Bill aiming to update the outdated legislation.

In the past, many gay singles and couples have chosen to engage in offshore surrogacy rather than tackle the complexity and restrictions of New Zealand laws. For example, one gay couple who will talk at the Growing Families February seminar chose to fly their New Zealand surrogate to the US for IVF, rather than engage locally. Others speaking engaged fully in the US or Canada, sometimes after difficult processes at home.

Rees Rear is from a small country town, is half Maori with three siblings and a wide family network. As a teenager his mother reminded him – I want grandchildren. Rees had no idea how to make that happen. His now partner Brett was adopted. Even when they fell in love in 1991 – 28 years ago – the pair discussed the importance of children.

Rees & Brett went on to have three boys via US surrogacy. The boys call their US egg donor Mum and …..wait for it…. their donor is their surrogate’s niece. To Rees and Brett is was an ideal set up. But while Australia and the US granted their boys citizenship, New Zealand refused to unless they went through an adoption process. It seemed absurd to this family, when both dads were already named on the US birth certificate. “We don’t know how we could possibly adopt from ourselves,” Rees said to 3 News back in 2013. 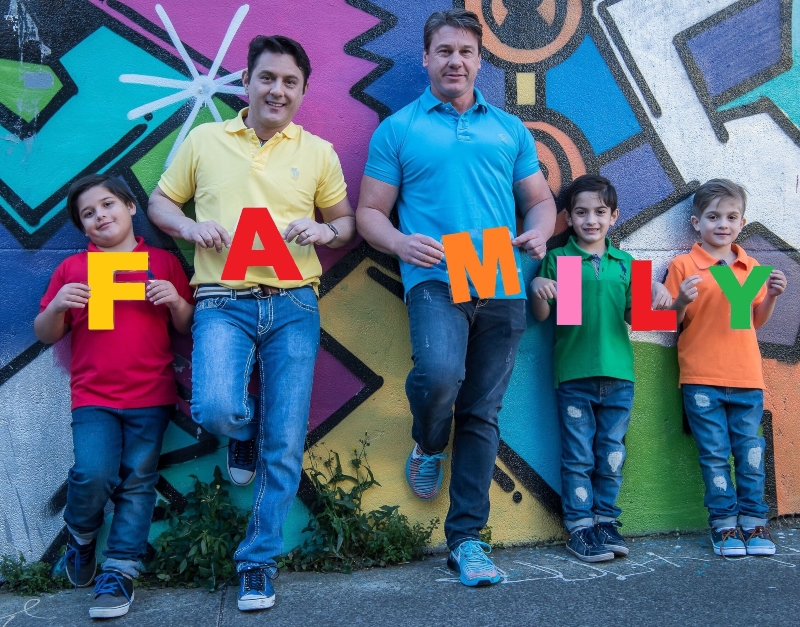 A growing number of New Zealand gay couples are creating surrogacy families and there is increasing frustration amongst surrogates too about being considered the legal parent for many months post-birth – a role they never wanted. (It’s the same for heterosexual couples using surrogacy).

New Zealand is not alone. Both Australia and the UK have outdated surrogacy laws which force the surrogate to take on legal parentage for many months post-birth – a situation in the interests of neither surrogates nor newborns. Both countries have been conducting major overhauls to bring their laws in line with the way surrogacy actually works.

Under Coffey’s proposed bill, the intending parents would get automatic legal status. Another proposed change would be the creation of a register to make it easier to find surrogates and donors (That concept made it into law in South Australia, but was never enacted in a practical sense). Coffey also wants intended parents to be able to contribute to surrogate living expenses when they cannot work.

Coffey has told TV NZ “In line with the UN conventions on the rights of the child, which is the right to know about your genetic whakapapa… it’s right we adapt our birth certificates to make them fit for purpose as well”.

Tamati Coffey is amongst a number of gay & heterosexual parents who will speak at non-profit educator Growing Families (formerly Families Through Surrogacy) third Auckland seminar on 15 February 2020. They will discuss creating families in New Zealand, the US, Canada and elsewhere. Featuring a surrogates and donor panel, there will also be talks from local and international experts.

For more information and full details head to growingfamilies.org/auckland-seminar-feb-2020/

$1 from every ticket sold for the Growing Families February and March 2020 events will be donated to Wildlife Rescue www.wildlife-rescue.org.au to assist with the rehabilitation of animals injured during the Australian Bushfires.