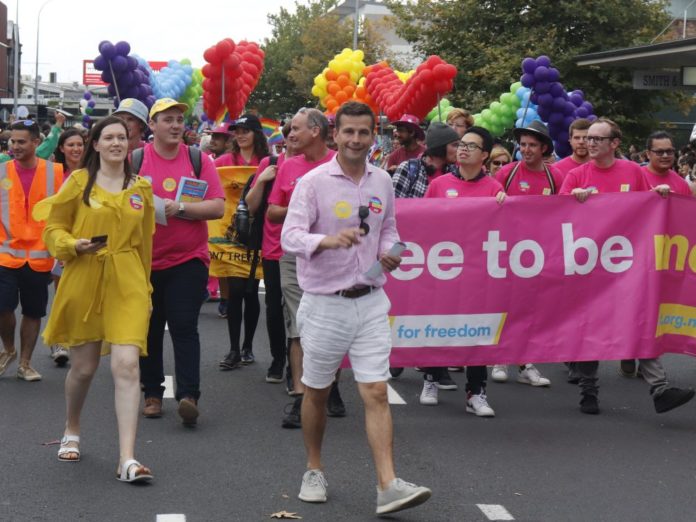 The ACT Party leader speaks to express about abolishing the Human Rights Commission and gives his prediction on the referendum results set to be realised this afternoon.

ACT Party leader David Seymour is calling for the abolition of the Human Rights Commission (HRC), telling express it has done nothing for New Zealand’s LGBT community.

Seymour’s call comes after the Commission yesterday released a number of recommendations which the ACT leader says is outside of its purpose.

The Human Rights Commission, which operates as a Crown entity independent from direction by Cabinet, listed 39 policy positions it wants the Government to adopt. Those include an increase in the minimum wage and action on creating affordable homes.

David Seymour takes issue with the recommendations on housing and wages, however, telling express that the HRC is overstepping its original purpose. “They have become a political body, advancing a particular view of economic policy which has nothing to do with human rights and everything to do with the politics of the people who work there,” Seymour says.

“They’re not doing any good. There would be a lot of people who read express who do not agree with the economic theories that the Human Rights Commission is advancing, and the question is why should they be paid for it?”

David Seymour, who was a member of the inaugural Parliamentary working group on advancing LGBT rights also believes the HRC has failed the LGBT community.

The Human Rights Commission has promoted a number of LGBT rights issues such as marriage equality and a ban on gay conversion therapy over the past decade, but David Seymour doesn’t believe they have been effective in helping to bring about any “real change.”

“If anybody in the LGBT community can tell me what the Human Rights Commission has done for the rights of the LGBT community recently, I’m happy to listen, but if you separate the intentions and the rhetoric from their results, you will find they haven’t done much.”

The ACT leader says his view is also shaped by his own experience as the Member for Epsom. “In my experience, the Human Rights Commission does nothing of practical value to protect human rights and I speak as an electorate MP who has tried to get them to help constituents have found that they do nothing,” Seymour tells express.

The Human Rights Commission has declined media requests to respond to the ACT leader’s comments.

The Green Party has been vocal in its opposition to the idea, however, with the party’s human rights spokesperson Golriz Ghahraman dismissing Seymour’s call for the HRC to be abolished.

“It just shows how far ACT has moved to the extreme right,” the Green MP told Newshub.

On the issue of the euthanasia and cannabis referendums, Seymour tells express that he is predicting voters will support legalising euthanasia while voting against the campaign to legalise cannabis.

The interim results of both referendums are set to be announced at 2pm this afternoon.

David Seymour was a vocal supporter of legalising euthanasia and sponsored The End of Life Choice Act 2019, which paved the way for this year’s referendum.