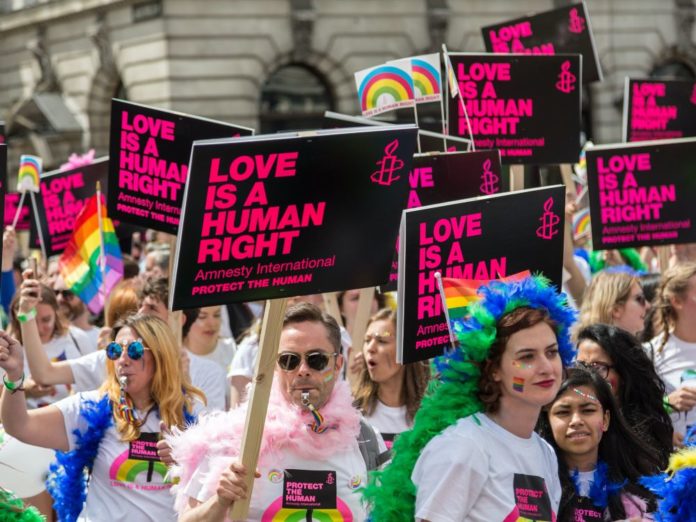 Question marks hang over the iconic event with the board saying Pride in London is “hostile” to people of colour.

Pride in London’s entire advisory board has walked out of the organisation. The 10-member group say Pride in London has created a “hostile environment” for people of colour volunteers The Guardian reports.

The group’s resignation letter says new leadership is needed at Pride in London and also called for an independent investigation into allegations of marginalisation and bullying. It says the current complaints procedure is under too much control from the directors and that the current culture of the organisation is negatively impacting on the most vulnerable and marginalised volunteers.

“Contributing to this hostile environment, is the increasing preoccupation at Pride in London with managing the public relations concerns of its leadership, at the cost of supporting its Black and POC [people of colour] volunteers or community members,” the resignation letter says.

The outgoing advisory board have accused Pride in London of failing to follow through with its commitment to support Black Lives Matter its promise to “listen to, advocate for and platform Black LGBT+ people”.

“We are not confident that Pride in London can act on behalf of Black and POC communities on the issue of policing with any credence, given the alarming accounts of marginalisation and bullying from Black and POC volunteers,” the resignation letter says.

A spokesperson for Pride in London said: “We take concerns around bullying very seriously and have a number of processes in place for our volunteers to be able to lodge formal complaints, including anonymously, which are then followed up on and investigated.

“We acknowledge that we need to rebuild trust with Black communities and people of colour, and to that end we are conducting a full review of our processes and procedures at board level in order to bring about tangible and meaningful change. We will share more on these decisions within the next week.”