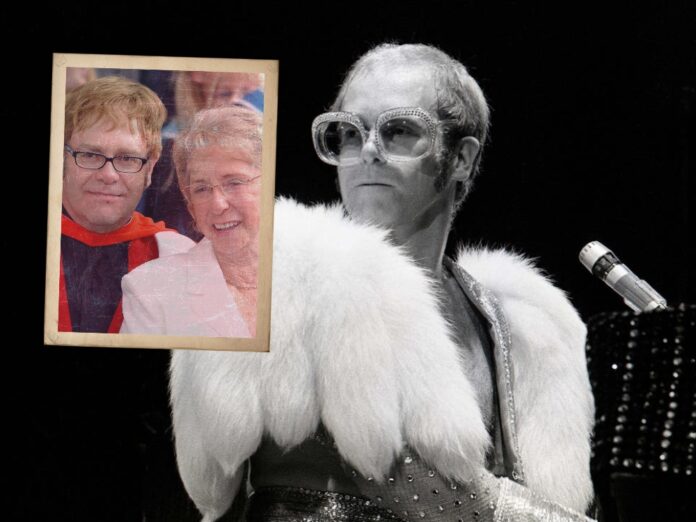 Music legend Elton John has discussed his mother’s “mild homophobia” that he says “ruined” the celebration of his civil partnership with his husband David Furnish.

Elton John made the comments while speaking at YouTube Pride 2021, where he explained that his mother’s (Sheila Farebrother) reaction to his civil partnership in 2005 was “a big shock” as to that point in time been “so supportive” when he initially came out as gay.

“Families can be very pro or very anti. My family, my mother and my stepfather were very, very easy with me coming out,” Elton said during an interview with Metro.

“It was so upsetting, she kind of ruined my day. Our day, rather, by her attitude. And for all those years I thought she was so supportive and in the background, there was mild homophobia going on within her.”

“Because I was actually tying the knot with David and then getting married a few years later, she didn’t approve of it at all. And that came as a big shock to me.”

Now husband Furnish added that while the “rejection” from Elton’s mother was “a very, very hard thing to take”, at the same time he felt it was “more than compensated for by the friends who came and supported us on the day.”

Following their civil union in 2005, Elton John and David Furnish later got married on the ninth anniversary of their civil partnership, shortly after same-sex marriage was legalised in the UK in 2014.