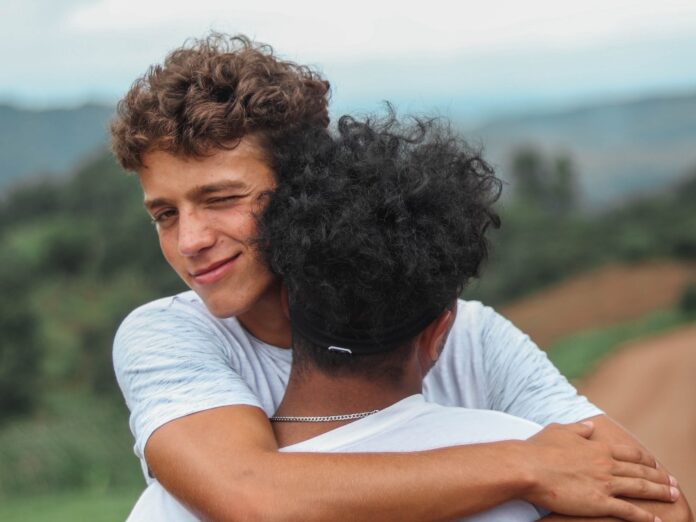 Dick Richards theorises how the values we put on looks, wealth and other attributes, affect our power dynamics when dating and hooking up.

When it comes to assigning roles, no one knows more about that than us gays. We’ve got our bottoms, our tops, our twinks, our daddies, our bears… you get the idea. If you dissect that a little further, I think we’ve created a rating system, and within that rating system: power dynamics.

I’m sure we have all been in conversations where we’ve tried to figure out the dynamic of a couple. “I bet Matt’s the bottom” or “that’s obviously Zakk’s sugar daddy”. Frankly, it’s no one’s business, but it highlights that we are fascinated by the power dynamics in relationships. When we ask those questions, we’re asking what makes that relationship work, creating understanding through roles we’ve created for each other. Either that or we’re just nosey as fuck.

I think we’ve all fantasized about having a sugar daddy at some point in our lives. Wouldn’t it be wonderful having a guy pay for everything and provide you with the means to have an Instagramable life! But what’s the cost? Sex is probably one, and a period of servitude? Certainly gratitude. AKA a debt.

I’m sure we’re all aware of a certain court case that happened this year involving an older wealthy businessman sexually assaulting younger men. It seems the role that the older man asserted made him think he was untouchable and able to do whatever he wanted. He abused his power. And the younger men were assigned a role they didn’t actually want.

This brings me to my first job when I was 17. I was hired as a dish-pig at a café where the manager had a fondness for younger guys. I wanted to be a good worker and he abused his power and sexually harassed me. Unfortunately, that scenario is very common.

When abuse isn’t involved, it’s our prerogative to give that power to someone or take it away. Some of us give men power and authority by choice, but what is non-negotiable is the CHOICE. It’s our right to choose what kind of relationship we want with who we want. It doesn’t matter what it might look like to the outside. What is most important in every relationship is there is an equilibrium of respect and communication – because we are human and it’s our basic right.

We might rate muscular and toned bodies highly, and because of that, we’ve given people with those attributes power. If we rate money highly, a sugar daddy has power over a poor student. Some of us rate youth highly and feel powerful when we are able to score a twink. If you’re happy living within the confines of these roles and giving or gaining your self-esteem from them, then you do you, boo. Just remember what you give to someone is of value, it’s precious because it’s ‘you’. And you should only give yourself to someone who thinks of you as equal and if you like being spat on and disrespected, do it because you like spit!

There’s nothing worse than feeling like you don’t fit in, our community feel it more than most. These silly little roles and titles we’ve created in our community are just that – silly. Being gay doesn’t mean we have to wear certain hats, and wearing certain hats doesn’t make one person more valuable than another. All I ask is that you’re aware of your power because with power comes responsibility. We all have power because we are all fucking fabulous!

Trans Awareness: Revealing Yourself To Find The One